If you are considering theological training it is important to ask yourself what practical training you will receive. The traditional name for that area of theology is ‘Practical Theology’ but more commonly now it is called ‘Pastoral Theology’. Pastoral Theology is concerned both with the theory and with the practice of Christian ministry, because right practice proceeds from right belief. For example, if you believed that the only qualifications needed for ministry were appropriate spiritual gifts, you probably wouldn’t want to study at all! However, it is clear from Scripture that gifting and training belong together, as happened to the apostles during three years of teaching from Jesus; and to Paul when, after his conversion, he spent three years out of the public eye before beginning his work as the apostle to the gentiles (Gl.1:18). Spiritual gifts are divinely given but it takes careful thought and study to know how they should be used. Pastoral Theology is that study.

The primary concerns of Pastoral Theology are the three major areas of local church ministry: leadership, pastoral care, and public ministry. However, their study is far more widely relevant, containing ‘transferable skills’ useful not only to other spheres of Christian service but also to any career in which it is useful to develop competent leadership, an understanding of how effectively to care for people, or to learn public speaking skills.

With these considerations in mind, what follows is a brief overview of what is involved in the study of these essential ministry roles.

It has been wisely said that the mark of true leadership is that someone is following you! In other words, there is a quality of leadership that is hard to define but observable when it is real. All the same, there are skills to learn which make us more effective as leaders. Spiritual leadership also involves a learning process – known usually as ‘formation’ – a process of being shaped as a godly and wise leader, ultimately under God but in our period of training under the guidance of experienced people.

The starting point for Christian leadership is to develop a biblical theology of the subject. That requires exploring the various models for leadership in the Bible as well as different theories put forward to explain what we find there. Probably someone has advocated as primary every leadership model in the Bible, be it prophet, priest, king, suffering servant, apostle, pastor, elder, or simply Jesus himself. A theology of leadership draws together the biblical evidence comprehensively in order to present a coherent framework of principles for spiritual leadership today.

The second area of study regarding leadership is to examine it as a natural phenomenon, something which has been done widely in secular academic and popular literature. This is a valid study for Christians because it concerns what is ‘noble and true’ about human nature. It is also a vital study because leaders in the church need both natural and spiritual gifts just as would be the case for a music leader in the church. This concerns natural qualities such as clear thinking, decisiveness, or persistence; but even these can be developed through learning proper methods such as good decision-making, negotiation skills, or project planning. Some Christian teachers reject as unspiritual even the most cursory glance at such matters, but that is ultimately to deny the value of common grace. And if that is done, it is possible to make the serious mistake of attributing to saving grace what properly belongs to common grace.  Then we can get into deep trouble. One mistake would be to follow someone who is naturally a strong leader on the assumption that his leadership ability is God-given rather than natural, even though he may not be spiritually wise or biblically careful. An opposite mistake would be to assume that someone who has studied the Bible and is deeply spiritual will automatically make a good leader, even though he has no natural or spiritual gifts for the task. Both of these mistakes can be harmful in the extreme to a church or to any other organisation.

The third area of leadership study concerns personal and spiritual development, or ‘formation’. There are moral and spiritual qualities that we all need to develop in order to be good stewards of God’s work. This is best done in community, where our lives are observed over a period of time sufficient for our peers to ‘get under the skin’ of who we are and how we relate to others. People can do this to some extent by theoretical study but nothing is as good as personal interaction as we develop our spiritual disciplines and habits. Ideally, students will train on campus in a theological college, but our new Union scheme will provide learning communities in which this formation can take place.

Pastoral ministry arises from developing appropriate relationships with the ‘pastored’. However, the pastoral relationship is not simply that of a friend and well-wisher (though it includes them) but of a spiritual carer. That means we have to decide what the qualities are of such a relationship. In the Catholic tradition the emphasis is self-evidently on regarding the pastoral role as primarily parental, as indicated by the priestly title ‘Father’. There is biblical warrant for such a parental emphasis, but the Protestant preference is for regarding the pastor as an under-shepherd of Jesus Christ. The term ‘pastor’ is in fact only a Latin word for ‘shepherd’ and that is a rich theme in Scripture concerning the model provided for leaders in God’s car, especially as manifested in His Son, the Lord Jesus Christ.

In addition to the generic role of a pastoral leader, there are special areas of pastoral care which require thought. We need some understanding of strategies for each age and social group in church life, from infancy to the elderly and dying. In addition, we must look at issues such as leading people to faith, discipling new converts, baptism classes and wedding preparation. Finally, there are special pastoral needs which arise from out-of-the-ordinary pastoral situations, such as caring for those who are physically challenged, or who have mental health issues, or who struggle with their sexual orientation. Pastoral theology is concerned with exploring what is exceptional as well as normal in the lives of church members.

A third general area for study is church disciplinary procedures. A broad issue that affects more and more churches today is who should be allowed to marry in the church, and whether the church should recognise every marriage the state does? With the legal recognition of same-sex marriage what will churches do if they are asked to accept such a marriage, for example? Then we also have to consider a painful and hopefully rare necessity in church life, to exercise church discipline. We need biblical, coherent, legal and workable procedures for dealing with members who fall into public sin or decisively adopt a teaching in obvious contradiction of the church’s faith, or who become so divisive that their influence must be checked. A proper biblical and spiritual understanding is needed so that church discipline does not itself become divisive through poor application and management, and which aims at restoration rather than ‘punishment’ or even at crudely ridding the church of a problem.

In all this, the demands on the pastor for sustaining an effective and well-ordered ministry are addressed, such as issues of time management, administration, and maintaining emotional and spiritual stability. One pressure is that the pastor’s time is limited yet we are too often expected to be available to all comers at all times! In fact, studies of church life have shown that one person can develop meaningful basic relationships with no more than around 150 people. A larger church requires the task to be shared between a team but even in a smaller church it may be thought wise to have a team of ‘elders’ or their equivalent to share the work. In our training we do not assume one model of church leadership so that what is studied can be applied to a variety of styles and structures.

Pastoral theology overlaps with systematic theology in a shared concern for ecclesiology. In other words, in pastoral theology we need to understand what set of beliefs is held by a church on which its life and worship are organised: determining, for example, how decisions are made, what place a national body has in local church life, what ordination means for a minister or elder, whether indeed a church should have a team of elders or deacons, or both. Then there are issues such as the meaning given to baptism, the Lord’s Supper, and their relationship to any formal system of church membership.

In addition, there are practical issues which arise from our conception of liturgy, which means the organisation, content and style of worship. Do we observe the reformed ‘regulatory principle’, that only what is condoned in Scripture should be done in worship, or do we follow the broader view that worship may contain anything considered profitable as long as it is not condemned in Scripture? How do we observe communion and baptism? There are also more immediately practical issues such as how fittingly to conduct a wedding or funeral or other public service outside the normal activities of church worship.

The study of pastoral theology is, therefore, both theological and practical and both about principles and people. Indeed, we need to be clear about our convictions. For example, a church is being plain foolish to ask someone to lead it without knowing what that person believes, or does so knowing that he has widely divergent views from its own. So is it for someone to take up leadership under those circumstances, unless a clear decision, consistent with its trust deeds, has been reached by the church to make changes.

With regard to preaching, it is important to study from Scriptural principle and example the nature and purpose of preaching and teaching. Different types of preaching are considered, such as expository and thematic sermons, and the pastoral dimension of a preaching ministry. There are different forms of communication to be considered, such as small groups or one-to-one discipling, as well as congregation-based preaching. In addition, we consider the importance of evangelistic preaching and how it should be best done. Associated with this area of study are issues of preparation and presentation, so we consider the preacher’s use of study time, personal intellectual development, the use of visual aids, of illustration, and of deportment and dress when preaching.

Pastoral theology is a great subject with which to engage for its biblical focus, theological importance, and practical relevance to the work of the ministry. 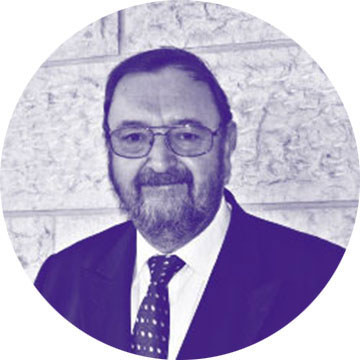 Phil Hill is Pastoral Director and Lecturer in Pastoral Theology at Union School of Theology.