A year or so ago, the chances are that you wouldn’t have heard of Hannah More. Today, things have changed and More’s credentials as a trailblazing female writer, champion of education for the poor and prominent abolitionist mean that she is being celebrated in her hometown of Bristol and further afield, as an acceptable face of the eighteenth century. This is a turnaround for her reputation. She was despised by many in her day and criticised by later writers, described quite unfairly after her death as ‘one of the most detestable authors that ever held a pen.’

England was at war with France in 1745 when Hannah was born, public life was decadent and the established churches largely stagnant. The fourth of five sisters, she was doted upon by all and with them ‘educated at random’ by her father, a rather proud village school master. He couldn’t or wouldn’t provide more than this, so, with few prospects in the village, the sisters left the cramped schoolhouse to make their own way, starting a school for girls in the nearby boom town, Bristol.

The school was the More girls’ passport to social status and financial stability. Hannah started as a pupil, but by the age of eighteen she was a teacher. She and her sisters enjoyed great companionship with the pupils and were also able to play host to locals of high standing, from theatre directors to the politician, Edmund Burke. For around ten years she taught and anticipated becoming a respectable wife, until the humiliation of a long, then broken, engagement turned into great opportunity. As a gesture of good will, her wealthy ex-fiancé decided to pay her an annual pension.

Freed from the necessity of earning hard cash, Hannah could pursue her dream career. She travelled to London, that ‘vast, hostile, soulless, wicked all-devouring …fatally attractive place’[1], took lodgings near the great actor-manager David Garrick, got invitations to parties and made herself indispensable. Her strategy was successful. In a period of three years she went from unknown to the favourite of Samuel Johnson, the great dictionary writer, hung out with other famous names and became part of the ‘blue-stockings’, a group of female thinkers and writers.

Three of her plays were published and played round the country – a remarkable achievement for a woman. A few essays and some poems were also printed; money started to come in. But then in 1779 Garrick, her great protector, died and disillusion with the theatre and London set in. Hannah had always been a God-fearing woman, attending Church and observing the Sabbath, but that respectable religion was no longer enough. She wrote ‘the more I see of the “honoured, famed and great”, the more I see of the littleness, the unsatisfactoriness of all created good; ….no earthly pleasure can fill up the wants of the immortal principle within.’ A friend passed her the poetry of William Cowper (‘a poet whom I can read on Sunday! I am enchanted!’), she began Matthew Henry’s commentary and took away pockets full of sermons from John Newton’s church, St Mary Woolnoth. Gradually, Hannah turned from outward duty to find peace with God through faith alone.

What could a bright, single woman of evangelical convictions do? As was common in her circles, she now looked on the literary world as spiritually dangerous and so retired to a quiet countryside life. It didn’t stay quiet for long. As she corresponded with Newton and grew close to William Wilberforce and the ‘Clapham Sect’ she was drawn into the campaign against slavery, publishing poems to help the cause. She pursued friendships with the aristocracy and old friends, aiming to speak to them often of the gospel, and she continued to write. Over the next couple of decades Hannah kept up a steady stream of tracts, devotional books, and even a novel. Her plays telling Bible stories were spread round the world by missionaries, and in her day she outsold Jane Austen. Much of this output might now seem quaint, and her politics are decidedly paternalistic, but they did good in their time, and spiritual writings are still fresh, powerful and quotable today.

With writing came organising. When William Wilberforce said in 1789 that something must be done for the neglected villages of north Somerset, Hannah and her sisters took action. They went to the small agricultural and mining communities and established numerous Sunday Schools, employing Christian teachers and eventually expanding the work to run savings clubs for mothers and evening classes for parents. The aim was to bring the influence of the gospel to impoverished places so that lives could be rescued and society changed. Such a huge undertaking took significant fund raising and administration; in this Hannah worked tirelessly, networking with old friends and society connections.

The freedom she championed was not ultimately for self-expression but for knowledge of Christ.

Of course, Hannah was flawed and sometimes made poor decisions which hampered her work, but she was repeatedly attacked because she was a busy woman of ‘fierce convictions’.[2] She was mocked as a ‘bishop in petticoats’ and drawn into legal cases. These public disputes and her intense work caused regular breakdowns in physical, and possibly mental health, but she kept going for decades, until in 1833, after a slow decline, she died. Like her great friend, William Wilberforce, this was just weeks after learning that their prayers had been answered; the slave trade had been abolished in the British Empire.

There’s an irony in Hannah More’s public rehabilitation. She meets our contemporary society’s ideal of the gutsy, independent woman, a fighter for freedom and supporter of the oppressed. But what was the power that drove her to live in this way? And what was her desire for those served? It was what our society rejects: the outrageous love of God in the gospel and the narrow way of faith. The freedom she championed was not ultimately for self-expression but for knowledge of Christ. 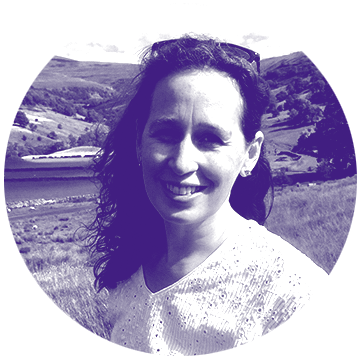 Sarah Allen graduated from Union's MTh programme in 2019. Living in Huddersfield, West Yorkshire, she is a Pastor's wife, mum and sixth form teacher. She is also Regional Director of Flourish, London Seminary's training programme for women and a writer, with two new books due to be published in 2021. Sarah enjoys walking, swimming  and reading, when she gets the chance!