Theology is an inescapable part of being a Christian

As I write, I am looking forward to the time in a few weeks when I will be travelling to the United States, where our younger daughter is to give birth to her second child, our third grandchild. We know already, as is the case these days, that she will have a daughter to add to her son. The baby will be called Caecilia; our son-in-law is a classical pianist and composer and Caecilia is the patron saint of music.

What happens when a child is born? Many of you will have given birth to children or will do so in the future. Others of us have had the privilege of attending the births of our own children. When a baby is delivered the nurses immediately ensure that the baby’s airways are clear so that he or she can breathe properly. The baby cries, exercising the lungs. It is essential that the vital signs are all in order. Only then do the nurses clean and weigh the baby and perform other necessary tests.

There are vital signs too for the Christian. Paul lists them in 1 Corinthians 13. They are faith, hope, and - greatest of all - love. Without these there is no evidence that a person is alive as a believer. One of the hallmarks of saving faith is that it seeks to know the object of faith. It is directed to God, to the promises he has made in the gospel, and so pre-eminently to Jesus Christ, the eternal Son of the Father, our Saviour and Lord. Those who have saving faith love their Saviour and seek to know him better.

Some bright spark might come up with the idea that - given this - we do not need to know so much about Christ or what he has done but rather we want to know him personally, for himself.  I agree that the latter is the key - but show me someone who loves a person but does not want to know anything about them. Suppose a man were to say that he loved his wife but had no interest in learning anything about her, for all he was keen to know was her. All he could say about her was that she was a woman, and came for this place or that, but beyond that he had no concern to delve any further. It should be obvious that his claims to love her were spurious.

So, in faith the believer seeks to know God better and to gain a better grasp of his plans for the world and the church.

So, in faith the believer seeks to know God better and to gain a better grasp of his plans for the world and the church. The great medieval theologian, Anselm (1033-1109), summed it up in a phrase that has echoed down the centuries and still rings true today - “faith seeks understanding“. In saying this, Anselm was echoing the Bible. Hebrews 11:3 states that “by faith we understand” that the universe was formed by the Word of God. Faith is inextricably linked to understanding; it is driven to it, attracted as if by magnetic force. Indeed, Peter calls upon all believers to be “prepared to make a defence to anyone who asks you for a reason for the hope that is in you” (1 Peter 3:15, ESV), to be ready to give a cogent explanation of the gospel. If you are a Christian, you are by definition a theologian, devoted to the knowledge of God. The question is whether you are a new theologian or a mature one, a good theologian or a bad one.

Theology is necessary for those in church leadership

If knowledge of the gospel and an ongoing drive to learn more about God is an integral part of being a Christian, how much more is this the case for those who are called to lead the church, who are in the forefront of caring for its members, and who have public responsibility for proclaiming the gospel? James declares that “not many of you should become teachers … for you know that we who teach will be judged with greater strictness” (Jas. 3:1, ESV). Those called to the ministry of the Word are charged with guarding the gospel (2 Tim. 1:14). They are to be able to refute those who contradict it (Titus 1:9). Need I say that the challenges of today are probably more acute than have been experienced for many a day. They come from a range of sources; from other religions, from post-modern relativism, from scientific naturalism, and above all from the sheer power of cultural forces, the commanding heights of which have been seized by those who scoff at the Christian faith.

For this huge task, we depend on the Holy Spirit. However, the Spirit uses means. In order to defend the faith we need a thorough saturation in the Bible and the original  languages. We need to know our theology; in particular, we need a grasp of how the church has confronted error down the centuries and how its understanding of the gospel has been won. Often, hostile ideas are merely a rehash of past aberrations. The recent theological fad known as open theism is in many ways a re-appearance of the seventeenth century heresy of Socinianism. If you know that, you can more easily combat the threat. A knowledge of the history of philosophy was, for many centuries, regarded as essential for the Christian minister. In recent years it has frequently been belittled and sidelined. How many of those who have opposed naturalistic evolution have seen Darwin and his impact in the context of romanticism, with its insistence on organic growth and development, and as such a child of its time?

There are some who argue that this is all well and good but a person can learn all this without setting aside time and money to study theology in a formal way, so upsetting the balance and harmony of family life. That may be possible. It was so in the case of the great preachers, Charles Haddon Spurgeon (1834-92), a Baptist, and Martyn Lloyd-Jones (1900-81), a minister of the Presbyterian Church of Wales. Neither had any formal theological education but yet their preaching stood out as pre-eminent in their own centuries. While this is unquestionably true, these were people who surface once in a century. Do you rate yourself as someone of their calibre?! And what, I ask, did they both do in the course of their ministries, upon which they placed great emphasis, and which they saw as necessary for the future of the church, its life and ministry? They both started theological colleges!

'Thou art a minister of the Word; know thy business.'

There can be little question that the formal and intensive study of theology is a major desideratum, a virtual necessity, for the future of the church and the gospel. As with the schools of the prophets in the OT, and with Paul’s commission to Timothy in the NT (2 Tim. 2:2), we need for the future a powerful cadre of tough minded, spiritually and intellectually equipped, leaders for the church. Puritanism has been regarded with great favour in many circles; the quintessential gathering of Puritan ministers at the Westminster Assembly was composed of men thoroughly immersed in the Bible,  theology, and the history of debate from the Fathers and the medieval theologians.

As one Puritan minister said to another on his ordination, “Thou art a minister of the Word; know thy business.”

Theology is necessary for the church as a whole

Historically, when the church despised education it suffered for it. One reason for its decline in the early Middle Ages was illiteracy caused by the barbarian invasions. Men could not preach for they were unable to express clear thoughts in intelligible language, nor competent to construct a train of thought and convey it to others. This is traced clearly by Hughes Oliphant Old in his magisterial seven volume The Reading and Preaching of the Scriptures in the Worship of the Christian Church. God had committed the gospel to writing and intends that it be spread by words. For this an understanding of, and a facility with, language is essential. In order to attain that, people need to be grounded in a wide range of knowledge. Together, these elements are building blocks that help the preacher to think through the teachings of Scripture and to articulate them in language that can be understood. So, when the church renewed its impact, the educational reforms of Charles the Great (741-814) were crucial. Later, the ground work for the Reformation was prepared by the Renaissance and the invention of the printing press.

Failure to retrieve, renew, and refresh our grasp of the gospel  by coherent thought on the contents of Scripture and their entailments, on the past labours of the leading figures of the church, and in interaction with current modes of thought and practice in the world around us will bequeath a legacy of decline and eventual death. Much  Christianity in England and Wales demonstrates this; evangelicals have been reactive for the  past two hundred years, more concerned to say what they are not - not Roman Catholic, not advocates of the social  gospel - than anything positive or constructive. This is the way to the graveyard.

Concentrated theological study guided by wise and experienced theologians will help safeguard against the eccentricity of the autodidact.  Much good can be achieved by those who are self-taught; their motivation is high and their love of learning and devotion to the gospel is unrivalled. However, there is a noticeable tendency among many who are self-taught to peddle obscure views as if they are central and important. Exposure to the full range of the church’s teaching and its understanding of the whole theological spectrum will retard those tendencies. The main thing is to keep the main thing the main thing.

We are in a world that is changing with exceptional rapidity. We face an increasingly hostile environment. We need to be sure of our roots, grounded in Scripture and the historic confessions of the church, but with sufficient intellectual and theological suppleness to be able to answer and refute everything that exalts itself against the knowledge of Christ. Can we guarantee this? Supposing all that we have urged in this paper is realized, will that of itself secure the outcome for which we hope, work, and pray? No. We are utterly dependent on the grace of God.

But God uses means; the ministry of the Word, the sacraments, and prayer (Westminster Shorter Catechism, 88). And he calls us to think over these things persistently and rigorously (1 Tim. 4:15-16, 2 Tim. 2:7-8). He calls us all to be theologians. He calls some to leadership in the church; for this he requires us to be able to proclaim Christ, to explain the gospel, to silence opposing voices by the clear presentation of the truth and the exposure of error, and convincingly to establish in the hearts and minds of all we meet and serve the supremacy of Christ over all things.

Why study theology? I challenge you to produce one clear, coherent, Christian reason why you should not do so. 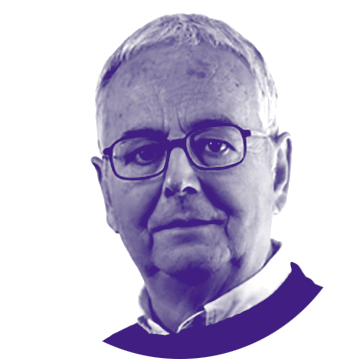