Recently I was in conversation with a Polish church leader who vulnerably admitted something the rest of the group could relate to easily. 'In the first years of my ministry I was extremely conscious of my dependence on God and aware of the need for God to work despite my weaknesses. However, as the years passed, I noticed how my growing confidence, experience, demands and the busyness of ministry, so easily get in the way of my relationship with God.'

It is natural to assume that time will only grow a closer relationship. But we have probably all seen relationships grow distant: with friends, between spouses, even with God. It is sad to see a friendship fade. It is devastating to watch a marriage fail. And what about drift in the most important relationship of all? The Bible offers us a warning in the form of a chilling case study: Ephesus.

When we first meet the new believers in Ephesus, in Acts 19–20, we see men and women who were zealous for God. They were so gripped by God that they willingly burned a fortune of sinister content (19:19). What was happening in their midst, even with strong pushback against the gospel by the local legalistic Jews, marked the entire region as the gospel spread across Asia Minor (19:10).

History confirms the impact of the gospel on the region. Acts reveals a fervent community passion for the temple of Artemis. But half a century later, Pliny the Younger, governor of Bithynia, wrote these stunning words to Emperor Trajan as he pondered how to deal with Christians: 'the temples, which had been almost deserted, have begin to be frequented, that the established religious rites, long neglected, are being resumed, and that from everywhere sacrificial animals are coming, for which until now very few purchasers could be found.'

During Paul’s final encounter with the Ephesian elders in Acts 20, he was passionate about the gospel of God’s grace, and they were very much with him in that. His concern for them was not their passion, or love, or zeal, but that they might be vulnerable to false teaching.

From five years later, or so, we can read Paul’s letter to the Ephesians. We read of Paul’s thanksgiving for their love toward all the saints, and his prayer that they might be given a greater spiritual knowledge of God (1:15-18). He prayed again at the end of chapter 3 that they might experience the fullness of spiritual union and know the love of Christ. He still seemed more concerned about their vulnerability to false teaching (4:14), while urging them to 'walk in love' in their relationships with each other, knowing that they are beloved children of God and loved by Christ (5:1-2).

Just a few years later, Paul wrote to Timothy in Ephesus, giving him instruction for the health of the church there. He still seemed concerned about the potential impact of false teaching (see 1 Tim. 1:3-11, 6:3-5), and emphasized throughout the two letters the need for careful and effective Bible teaching (see 2 Tim.4:1-5)

Fast-forward three decades. As the aged Apostle John encountered the risen Christ while on the island of Patmos, he was given seven letters to seven churches from Christ himself. The first is to Ephesus.

The report looks good. They had become a solid church with strong discerning abilities to spot false teachers. They had become a persevering church with diligent determination to press on in the face of opposition. But one of the most chilling verses in the Bible comes next. 'But I have this against you, that you have abandoned the love you had at first.' (2:4)

So what is Christ’s perspective on that combination? Surely a bit of maturity, a 'cooling of the jets', is okay in exchange for all the solid strength of that church? Surely Christ knows that 'first love' can be highly emotional and maturity is more to do with ability to think well, determination to endure, and so on? Everyone knows a marriage will move past the initial season of infatuation.

Actually, Christ is deadly serious about the danger of this 'progress.' If they would not repent and return to the zealous manifestation of love for him, then the church would lose its lampstand. The prospects for the community were bleak indeed.

Remember that we are looking at a collective group of people in each of these examples. This means we should be careful as we apply the lessons to ourselves as individuals. This article is not addressing the sober issue of whether or not we can lose our salvation (the focus of that issue has to be primarily on the One who saves us in the first place). No, this article is concerned with the potential for relational drift. Multiply that phenomena through a church community of individual believers and you have a serious threat to the existence of that local church. Still, we can, and must, learn from this progression as individuals too.

Each of the seven letters to the seven churches follow a pattern. They begin with a description of Christ, get into the positives and/or negatives of the church situation, and end with a call to hear the message combined with a promise to the one who overcomes. Christ, church, promise. Three main elements, and, if you look carefully, there will always be a thread of consistency throughout each of the seven letters. That is, what holds each letter together is the key to making sense of that letter.

To the church in Ephesus Christ is described as being intimate with his churches. He holds their messengers in his hand, and he walks among the churches. The church at Ephesus may look like a model church, but they have left the love relationship behind. The promise given to Ephesus anticipates future access to the tree of life, located in the paradise of God – the place where God and Adam walked together.

Love for Christ is not some emotional first flush that we can safely move past and then head on toward spiritual maturity. Of course, there may be a zeal in early married life that gives way to a more settled companionship as life grows both complex and established. But a healthy marriage will always be marked by growing love for the other. Equally, a marriage will always be marred by growing coldness toward the other.

Pause, pray, reflect, repent. When I am old I want that twinkle in my eye and tenderness toward my wife that charactises the best of marriages. I want the same in my relationship with Christ. Don’t you? 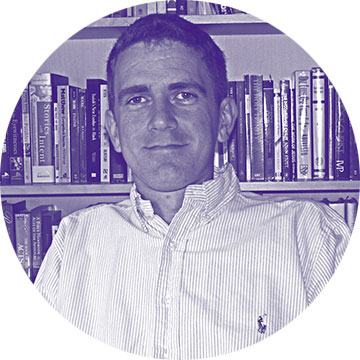 Peter Mead co-founded Cor Deo and is one of the pastors at Trinity Chippenham. He is Lecturer in Preaching at Union School of Theology and leads the Bible Teachers & Preachers Networks at the European Leadership Forum in Wisla, Poland. Peter blogs at BiblicalPreaching and is the author of Pleased to Dwell and Foundations (Christian Focus, 2014 and 2015).