This article originally apepared in Issue 3 of the Union Magazine.

Charles Haddon Spurgeon was a man who went at all of life full-on. He laughed and cried much; he read avidly and felt deeply; he was a zealously industrious worker and a sociable lover of play and beauty. He was, in other words, a man who embodied the truth that to be in Christ means to be made ever more roundly human, more fully alive.

It takes no great insight to see that Spurgeon in his ministry was a big-hearted man of deep affections. His printed sermons and lectures still throb with passion. At times the emotional freight of his sermon would even overcome him, especially when it was about the crucifixion of Christ. Yet he was not simply a large presence in the pulpit. In fact, we need to be clear that his liveliness of character, while expressed in ways particular to him, was not a mere matter of unique or inherited personality: it was a natural but wholly self-conscious expression of his theology.

Spurgeon saw that this deep connection between a minister’s affections and his ministry was vital. As he said to his students, training for ministry,

We ought each one to be like that reformer who is described as… “a countenance beaming with life, eyes and hands full of life, in fine, a vivid preacher, altogether alive.”[1]

We ought to be all alive, and always alive. A pillar of light and fire should be the preacher’s fit emblem.[2]

At times the emotional freight of his sermon would even overcome him, especially when it was about the crucifixion of Christ. Yet he was not simply a large presence in the pulpit.

We pray that the men we raise at Union School of Theology would be pastors and preachers “altogether alive” with such “light and fire”!

A Life of Joy

“What a bubbling fountain of humour Mr. Spurgeon had!” wrote his friend William Williams. “I have laughed more, I verily believe, when in his company than during all the rest of my life besides.”[3] Few, it seems, expected to laugh so much in the presence of the zealous pastor; but Spurgeon knew this and seemed to take an impish delight in springing comedy on those around him.

Spurgeon enjoyed telling the story of how, as a young pastor in Park Street, he had complained to his deacons about how stuffy and stifling it could get in the building, suggesting that they remove the upper panes of glass from some of the windows to let in more air. Nothing was done about it; but then one day it was found that someone had smashed those window panes out. Spurgeon offered a reward of five pounds for the discovery of the offender, who would then be given the money in thanks. This money the pastor then pocketed, being himself the culprit.[4]

Most essentially, Spurgeon’s sunny manner was a manifestation of that happiness and cheer which is found in Christ, the light of the world. He refused to take himself—or any other sinner—too seriously.

Most essentially, Spurgeon’s sunny manner was a manifestation of that happiness and cheer which is found in Christ, the light of the world. He refused to take himself—or any other sinner—too seriously. Spurgeon held that to be alive in Christ means to fight not only the habits and acts of sin but also sin’s temperamental sullenness, ingratitude, bitterness, and despair. To enter into Christ’s life entails entering into the joy of being fully human, at peace with the “blessed” or “happy” God of glory (1 Tim. 1:11):

A Christian has never fully realized what Christ came to make him until he has grasped the joy of the Lord. Christ wishes his people to be happy. When they are perfect, as he will make them in due time, they shall also be perfectly happy… and it is our Saviour’s will that even now his joy should remain in us, and that our joy should be full.[5]

For Spurgeon, none of this meant being a triumphalist, cheerily blustering past all difficulty. Spurgeon could never have done that; we know about the extent of his suffering with bereavement, depression, and persecution. Experiencing life in Christ, the Man of Sorrows, must entail suffering. Yet life in Christ must also involve real cheer.

Living as a Child of the Creator

Spurgeon saw that in Christ he was adopted and loved by an omnipotent Father who reigns, sovereign over all things. It meant that everything fearful—all opposition and danger—tended to shrink in his sight. When rightly viewed, nothing could cause despair, for everything exists under the almighty hand of God the Father, ruler on high.

Spurgeon knew that Christ is the logic and the light of the world; the gospel is the sum of all wisdom; the Scriptures are able to make us wise—and not just for salvation.

Seeing that all things are the Father’s and have their being from him also gave Spurgeon a broad interest in his Father’s creation. Brought up in the countryside, under the broad skies of East Anglia, he loved spending time outside, often in his garden, enjoying trees, flowers, birds, rainbows, and all the rich variety of creation. He was also curious, and read extensively on horticulture and biology, the knowledge and enjoyment of which leaked through into so much of his teaching. More than that, Spurgeon knew that Christ is the logic and the light of the world; the gospel is the sum of all wisdom; the Scriptures are able to make us wise—and not just for salvation. Christians should therefore be wise and omnivorous people of comprehensive intellect.

Once when I read books, I put all my knowledge together in glorious confusion; but ever since I have known Christ, I have put Christ in the centre as my sun…[6]

Like us all, Spurgeon was uniquely himself. Yet his big-heartedness and joy as he walked through his Father’s creation displays exactly the sort of life that will always grow from the theology he believed. 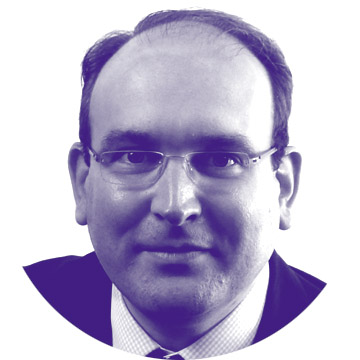