O despairing souls, the arms of mercy are open to receive a Manasseh, a monster, a devil incarnate; he caused that gospel prophet Isaiah to be sawed in the midst with a saw, as some rabbis say; he turned aside from the Lord to commit idolatry, and caused his sons to pass through the fire, and dealt with familiar spirits, and made the streets of Jerusalem to overflow with innocent blood, 2 Chron. 33:1-15.

The soul of Mary Magdalene was full of devils; and yet Christ cast them out, and made her heart his house, his presence chamber, Luke 7:47. Why do you then say there is no hope for you, O despairing soul?

Though the prodigal had run from his father, and spent and wasted all his estate in ways of baseness and wickedness, yet upon his resolution to return, his father meets him, and instead of killing him, he kisses; instead of kicking him, he embraces him; instead of shutting the door upon him, he makes extravagant provision for him, Luke 15:13-23.

And how then do you dare to say, O despairing soul, that God will never cast an eye of love upon you, nor bestow a crumb of mercy on you! The apostle tells you of some monstrous miscreants that were unrighteous, fornicators, idolaters, adulterers, effeminate, abusers of themselves with mankind, thieves, covetous, drunkards, revilers, extortioners; and yet these monsters of mankind, through the infinite goodness and free grace of God, are washed from the filth and guilt of their sins, and justified by the righteousness of Christ, and sanctified by the Spirit of Christ, and decked and adorned with the precious graces of Christ, 1 Cor. 6:9-11. Therefore do not say, O despairing soul, that you shall die in your sins, and lie down at last in everlasting sorrow.

Did it make for the honor and glory of his free grace to pardon them, and will it be a reproach to his free grace to pardon you? Could God be just in justifying such ungodly ones, and shall he be unjust in justifying you? Did their unworthiness and unfitness for mercy turn the stream of mercy from them? No. Why then, O despairing soul, should you fear that your unworthiness and unfitness for mercy will so stop and turn the stream of mercy, that you must perish eternally for want of one drop of special grace and mercy?

Again, tell me, O despairing soul, is not the grace of God free grace, is not man’s salvation of free grace?’ By grace ye are saved,’ Eph. 2:8. Every link of this golden chain is grace. It is free grace that chose us, Rom. 11:5. Even so then at this present time also there is ‘ a remnant according to the election of grace.’ It is free grace that chooses some to be jewels from all eternity, that chooses some to life, when others are left in darkness.

The Lord Jesus Christ is a gift of free grace. Christ is the greatest, the sweetest, the choicest, the chiefest gift that ever God gave; and yet this gift is given by a hand of love . ‘God so loved the world that he gave his only begotten Son,’ &c., John 3:16, Isa. 9:6; John 4:10. . .’God so loved the world;’ so freely, so vehemently, so fully, so admirably, so unconceivably, ‘That he gave his only Son.’ His Son, not his servant, his begotten Son, not his adopted Son, yea, his only begotten Son.

From volume 2 of Brooks' Works 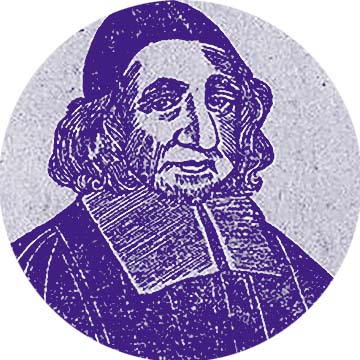