By this expression we mean what has traditionally been called the perspicuity of Scripture, i.e. its ready intelligibility to anyone with the normal reading ability of an educated adult. Belief in the perspicuity of the Bible is ancient, going back to Jesus himself, who reproached the scribes and Pharisees for not understanding the plain meaning of the text. As a doctrine, the perspicuity of Scripture was expressed by many of the Church Fathers, who contrasted it with the mystical writings of the Gnostics, which only the initiated could fathom.

The perspicuity of Scripture was based on the principle that its basic teachings were clear, and that those parts of it which were harder to understand were to be interpreted in the light of the clearer passages. In ancient times, this meant that things like the Parables of Jesus were to be interpreted according to the plain teaching found elsewhere in the New Testament. This frequently led to an allegorical interpretation, in which Christian doctrine was applied to a parable without taking its context into consideration. A good example of the technique can be found in the story of the Good Samaritan. Augustine believed that this referred to Jesus himself. According to him, the man on the road to Jericho was the sinner in need of salvation, the donkey was the cross which bore away the sins of mankind, and the inn was the Church, where the healing of the sinner takes place! Allegorical interpretation of this kind was also very popular in dealing with parts of the Old Testament, which was believed to contain prophecies of the coming of Christ in virtually every verse.

At the time of the Reformation, scholars generally rejected the allegorical tradition of interpretation, and reasserted the claim that Scripture was perspicuous, or self-interpreting. They accepted that some parts were harder than others to understand, and they believed that a Christ-centred approach to resolving such difficulties was essential. But they did not accept the allegorical method generally used before their time. Instead, they developed what we now call Covenant Theology, as a way of integrating the Old Testament into a Christian theological vision without doing violence to the plain meaning of the text. According to this way of thinking, the Bible is the record of God's covenant with his people, which comes in two dispensations – the old (pre-Christian) and the new. The underlying principles of grace and of salvation remain the same, but the way in which they are worked out and applied is different, because Christ fulfilled what had only been promised or sketchily outlined in the Old Testament.

In modern times the question of perspicuity has been revived, but from a completely different angle. Nobody today is trying to defend allegory, but many scholars claim that Scripture is too difficult for ordinary people to understand without special training. They believe that modern discoveries about the ancient world, not to mention new theories of literary criticism (often lumped together as 'hermeneutics'), have invalidated many traditional beliefs, and that unless people take the trouble to learn about these things, they may be seriously misled in their reading of the Biblical text.

As always in such matters, there is some truth to what is being said here, though it has been greatly exaggerated. It is true that our knowledge has expanded enormously since the sixteenth century, and that we now know much more about matters of background detail, for example, than we once did. In many cases, we can also produce more accurate translations of the original texts. These are important gains, and we must recognise and accept them gladly.

However, it is a very different matter if we are considering the underlying meaning of the text as a whole. Let us take a frequently cited example of how the Bible is supposed to have become hard to understand, to see what the limitations of this claim actually are. It is often pointed out that in Jesus' day, a Pharisee was a highly respected member of the religious community, whereas nowadays we think of such a person primarily as a hypocrite. Because of this, we are told, we miss the impact of the original text, and prejudge the issue by determining in advance who the 'bad guys' are!

No doubt this is true in its way, but does it seriously alter what the New Testament writers wanted us to believe? Hardly! By the time the Gospels were written, the notion that the Pharisees were religious hypocrites must have been fairly common in Christian circles, and the main reason for that was that it is what Jesus himself taught his disciples to understand! Some of the freshness of the idea may have gone now, but not the idea itself!

The truth of the matter is that modern Biblical scholarship has said little which would fundamentally alter our way of reading the text. It has been very helpful in filling in details, but that is about all. This may be disappointing for some scholars, who want to think that their work is more important than this suggests, but it is true nonetheless.

It has also to be said that modern methods of literary criticism have not proved to be very convincing. Whatever can be said in favour of structuralism, deconstructionism and so on, it has to be remembered that none of these ideas was known to the original writers, who did not think in this way. These theories are basically fads which will pass away in time, leaving us with the original texts to go back to afresh. We should not be unduly impressed by what the latest critic has to say; his (or her) agenda is far more likely to have been determined by current controversies than by anything which one might find in the Bible. The only real answer to this kind of thing is to go back to the text itself and read it again. The witness of the Church throughout the ages is that ordinary people, who approach it in faith and humility, will be able to understand what the Bible is getting at, even if they meet with particular points of difficulty here and there. In the nature of things, it is extremely unlikely that a single individual working on his own, or using the techniques of some new school of thought, will come up with anything genuinely new in book which has been intensively studies for centuries. Even the Reformers hardly said (or wanted to say) anything new - they were merely recovering what was already there and had been obscured by earlier generations.

Certainly they all thought that what they were saying was obvious to any unprejudiced observer. When scholars today try to insist that the Bible is hard to understand, they should be challenged to state how and why this is meant to be so. Why for example, has this problem not been noticed before? What is wrong with the 'obvious' meaning of a particular passage? We must remember that critics of this kind usually make sweeping generalisations about the text as whole, and seldom bother to go into it in detail.

When they do, as often as not they will hit upon something which must be regarded as a special case - apocalyptic literature, for example. Here there is a recognised genre with its own rules which must be accepted before a true interpretation is possible. It is much the same (though to a lesser degree) with poetry, which often cannot be read 'literally'. But in each case, it is clear that the problem is one of genre, not of obscurity as such. Genuine obscurity in the Bible is rare, and is as likely to be the result of textual corruption as of anything else. Hardly ever does it make any real difference to the overall meaning. As Christians we need to keep these matters in perspective, and not allow the experts to convince us that without their help we can understand nothing! They have an important role to play, of course, but they cannot come between us and God's Word, given to us in the text of Holy Scripture, which remains basically clear to anyone who reads it with the eye of faith and obedience.

This article has been reproduced with the kind permission of Gerald Bray and the Latimer Trust. 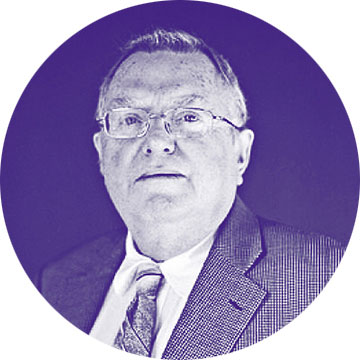