Christianity is often called a book-religion. It would be more exact to say that it is a religion which has a book. Its foundations are laid in apostles and prophets, upon which its courses are built up in the sanctified lives of men; but Christ Jesus alone is its chief cornerstone. He is its only basis; he, its only head; and he alone has authority in his Church. But he has chosen to found his Church not directly by his own hands, speaking the word of God, say for instance, in thunder-tones from heaven; but through the instrumentality of a body of apostles, chosen and trained by himself, endowed with gifts and graces from the Holy Ghost, and sent forth into the world as his authoritative agents for proclaiming a gospel which he placed within their lips and which is none the less his authoritative word, that it is through them that he speaks it. It is because the apostles were Christ's representatives, that what they did and said and wrote as such, comes to us with divine authority. The authority of the Scriptures thus rests on the simple fact that God's authoritative agents in founding the Church gave them as authoritative to the Church which they founded. All the authority of the apostles stands behind the Scriptures, and all the authority of Christ behind the apostles. The Scriptures are simply the law-code which the law-givers of the Church gave it.

Apostolicity thus determines the authority of Scripture; and any book or body of books which were given to the Church by the apostles as law must always remain of divine authority in the Church. That the apostles thus gave the Church the whole Old Testament, which they had themselves received from their fathers as God's word written, admits of no doubt, and is not doubted. That they gradually added to this body of old law an additional body of new law is equally patent. In part this is determined directly by their own extant testimony. Thus Peter places Paul's Epistles beside the Scriptures of the Old Testament as equally with them law to Christians (2 Peter 3:16); and thus Paul places Luke's Gospel alongside of Deuteronomy ( 1 Tim. 5:18). Thus, too, all write with authority (1 Cor. 14:37; 2 Cor. 10:8; 2 Thes. 2:15; 3:6-14) – with an authority which is above that of angels (Gal. 1:7, 8), and the immediate recognition of which is the test of the possession of the Holy Ghost (1 Cor. 14:37; 2 Thess. 3:6-14). In part it is left to be determined indirectly from the testimony of the early Church; it being no far cry from the undoubting universal acceptance of a book as authoritative by the Church of the apostolic age, to the apostolic gift of it as authoritative to that Church. But by one way or another it is easily shown that all the books which now constitute our Bible, and which Christians, from that day to this, have loyally treated as their divinely prescribed book of law, no more and no fewer, were thus imposed on the Church as its divinely authoritative rule of faith and practice.

Now it goes, of course, without saying, that the apostles were not given this supreme authority as legislators to the Church without preparation for their high functions, without previous instruction in the mind of Christ, without safeguards thrown about them in the prosecution of their task, without the accompanying guidance of the Holy Spirit. And nothing is more noticeable in the writings which they have given the Church than the claim which they pervasively make that in giving them they are acting only as the agents of Christ, and that those who wrote them wrote in the Spirit of Christ. What Paul writes he represents to be 'the commandments of the Lord' ( 1 Cor. 14:37), which he therefore transmits in the name of the Lord (2 Thess. 3:6); and the gospel that Peter preached was proclaimed in the Holy Ghost (1 Peter 1:12). Every Scripture of the Old Testament is inspired by God (2 Tim. 3:16), and the New Testament is equally Scripture with the Old (1 Tim. 5:18); all prophecy of Scripture came from men who spake from God, being moved by the Holy Ghost ( 2 Peter 1:20) and Paul's Epistles differ from these older writings only in being 'other'; that is, newer Scriptures of like kind (2 Peter 3:16). When we consider the promises of supernatural guidance which Christ made to his apostles (Matt. 10:19, 20; Mark 8:11; Luke 21:14; John 14 and 16), in connection with their claim to speak with divine authority even when writing (1 Cor. 14:37; 2 Thess. 3:6), and their conjunction of their writings with the Old Testament Scriptures as equally divine with them, we cannot fail to perceive that the apostles claim to be attended in their work of giving law to God's Church by prevailing superintending grace from the Holy Spirit. This is what is called inspiration. It does not set aside the human authorship of the books. But it puts behind the human also a divine authorship. It ascribes to the authors such an attending influence of the Spirit in the process of writing, that the words they set down become also the words of God; and the resultant writing is made not merely the expression of Paul's or John's or Peter's will for the churches, but the expression of God's will. In receiving these books from the apostles as law, therefore, the Church has always received them not only as books given by God's agents, but as books so given by God through those agents that every word of them is God's word.

Let it be observed that the proof of the authority of the Scriptures does not rest on a previous proof of their inspiration. Even an uninspired law is law. But when inspiration has once been shown to be fact, it comes mightily to the reinforcement of their authority. God speaks to us now, in Scripture, not only mediately through his representatives, but directly through the Scriptures themselves as his inspired word. The Scriptures thus become the crystalization of God's authoritative will. We will not say that Christianity might not have been founded and propagated and preserved without inspired writings or even without any written embodiment of the authoritative apostolic teaching. Wherever Christ is known through whatever means, there is Christianity, and men may hear and believe and be saved. But God has caused his grace to abound to us in that he not only published redemption through Christ in the world, but gave this preachment authoritative expression through the apostles, and fixed it with infallible trustworthiness in his inspired word. Thus in every age God speaks directly to every Christian heart, and gives us abounding safety to our feet and divine security to our souls. And thus, instead of a mere record of a revelation given in the past, we have the ever-living word of God; instead of a mere tradition however guarded, we have what we have all learned to call in a unique sense 'the Scriptures.'

This short essay was originally published in the Westminster Teacher, Sept. 1889. It is in the public domain and may be freely copied and distributed. 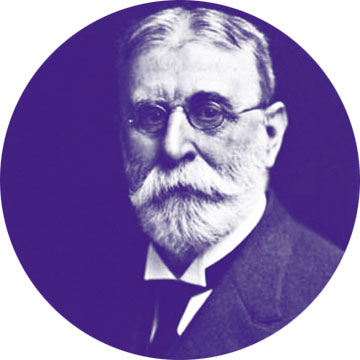 Revelation, B. B. Warfield