In Ephesians chapter 2, the Apostle having described our lost condition by nature goes on to enumerate the benefits we have in and by Christ. But not sooner does Paul state the first blessing a soul experiences, ‘quickening’ (that is, conversion) in verse 5, than he must break in with the cause of this salvation, ‘by grace ye are saved’, this abrupt manner with which he brings the cause in – before he finishes his sentence – argues that he had this thing in his thoughts, his thoughts were full of it, and it must break out. ‘By grace ye are saved’, he states it briefly at first, but then repeats it again and again; he opens it more largely in verse 8, showing it to be the cause of our salvation excluding all things else; he cuts off all pleas whatsoever that might share the honour with free grace. There is nothing that hath been more corrupted in all ages than the truth that free grace alone is the cause of our salvation, therefore Paul states it both briefly and largely, to the end that we might have in our eye this as the chief result and scope of his discourse.

Furthermore it is no wonder he should so repeat the truth of grace, for grace is the first great end and design of God. So verse 7, you have it, ‘That in the ages to come, he might shew the exceeding riches of his grace’. Therefore let us observe that the dependency our salvation hath upon free grace, is the greatest thing in the gospel. It is that which the Apostle would have these Ephesians above all things, else to take notice of. He sets therefore this mark upon it by this parenthesis in verse 5, as if he had said, ‘Remember this, as the great result of my discourse, to hold forth this to you, to beget thoughts of this in you, that “by grace ye are saved”.’

Let us then enquire what is meant by ‘grace’ here. In verse 4 the mercy and love of God were stated to be the cause of salvation. But here in verse 5 he brings grace in as a cause distinct in some way from mercy and love. ‘The LORD, gracious and merciful’ (Exod. 34:6): grace you see is a distinct thing from mercy. Grace is the same thing for substance with love and mercy, yet it holds forth something more eminently than both; this expression ‘grace’ is more than mercy and love, it superadds to them. It denotes, not simply love, but the love of a sovereign, transcendently superior, one that may do what he will, that may wholly choose whether he will love or no. There may be love between equals, and an inferior may love a superior; but love in a superior, and so superior as he may do what he will, in such a one love is called grace: and therefore grace is attributed to princes; they are said to be gracious to their subjects, whereas subjects cannot be gracious to princes. Now God, who is an infinite sovereign, who might have chosen whether ever he would love us or no, for him to love us, this is grace. In Exodus 34:6, when God proclaims his name, what is the first word? ‘The LORD, the LORD,’ and ‘gracious’ is the next. I am the sovereign Lord of all creatures; if I shew mercy, this is grace. Grace notes the greatest freeness, God is not necessitated to love any, and when he loves he loves freely – that is, his love is not caused or motivated by anything in the creature (man fallen in sin has forfeited any hope that God is ‘obliged’ to love him). Therefore, where the Apostle uses the word ‘grace’ or ‘graciously’, our translators often render the word, to ‘give us freely’. Thus in1 Corinthians 2:12, and Romans 8:32, ‘freely’ is the same word, ‘graciously’. Now for God to give us freely implies this truth, that he set his heart on us merely out of his own good will. Mark how his will and grace are joined together in Ephesians 1:5-6. In the 5th verse he said God ‘predestinated us . . . according to the good pleasure of his will’; and in the 6th verse he says, ‘to the praise of the glory of his grace’. When God doth thus choose and predestinate merely out of the motion of his own will, this is freeness and this makes it grace. Grace signifies the sovereignty of God’s will, that he may love whom he will, and do what he will, merely as a sovereign. ‘Behold the heaven and the heaven of heavens is the LORD’s thy God, the earth also, with all that is therein. Only the Lord had a delight in thy fathers, to love them, and to choose their seed after them, even you above all people’ (Deut. 10:14). If I would choose, saith God, I have choice enough, I have the heaven of heavens, I could have filled all those with creatures; and there were the angels that fell, I might have chosen those, and fixed them as stars, never to have fallen; but I let multitudes of them tumble down to Hell. And I have the earth also, and all the nations thereof before me; but to shew my love in a special manner I have chosen you. ‘You only have I known of all the families of the earth’ (Amos3:2). God casts his grace upon what persons he will. Amongst men there is no difference, ‘but all have sinned’, as the Apostle says (Rom. 3:22), then comes in, ‘being justified freely by his grace’. God has a freedom, in respect of persons, to this person or that person, and not to others. Therefore, in Romans 11:5, whereas all were in a like condition, this free taking of a remnant, this choosing of these and not others, is out of grace; it is therefore called ‘the election of grace’. Moreover, as God respects no persons, so he respects no conditions upon which he gives salvation to us. I say in giving pardon of sin, justification, and heaven at last, he doth it freely without conditions. Faith is not a condition of salvation, but the Apostle terms it plainly an effect of grace – ‘the grace of God was exceeding abundant in faith and love’, that is, in working faith and love. So also in verse 8 of this chapter two of Ephesians, faith is not a condition, but ‘the gift of God’.

Mind this then, that in the work of salvation God has so ordered, and designed, and plotted all things, to the advancement of his free grace. In Romans 5:21 it is said ‘grace reigned’ . . . It reigneth, mark it; of all things else, God hath set up his free grace as a monarch, and hath so set it up as that it shall reign; and there is no work of man, or anything in man, that shall in the least impair the sovereignty of it. We are therefore said to be ‘under grace’ inRomans 6, and that therefore ‘sin shall no more have dominion over us’, because we are under the dominion of grace, implying that grace is a mighty king and sovereign. God has so ordered salvation that free grace alone shall be magnified.

Free grace is the sole cause of all the parts and benefits of salvation. The election of those whom God would hereafter call is attributed solely to ‘his own purpose and grace, which was given us in Christ Jesus before the world began’ (2 Tim. 1:9). Then in time they are ‘called by grace’ (Gal. 1:15). What is it that caused God to call, and convert a man? It is that original grace of God given to his chosen in eternity, conversion is a fresh act of that same grace; by that same grace we are justified (Titus 3:7), and our whole state afterwards is one of being ‘under grace’, ‘the grace wherein we stand’. Paul attributes his ministry solely to grace, he attributes the generosity of the Macedonians solely to God’s grace, he attributes the sanctification of believers to grace working in us ‘both to will and to do his good pleasure’. Lastly, for heaven, though God must give holiness before it, when God comes to bestow it he doth it out of the same grace by which he chose a man at the first, and as freely; therefore eternal life is called ‘a gift of grace’. How are Christians described, their persons, and the work of grace upon them? Read the New Testament: how are their persons expressed? ‘They that receive abundance of grace’ (Rom. 5:17). He might have said believers. No, but ‘those that receive abundance of grace’, and he contrasts them with unbelievers and men condemned: they are free-grace receivers, you may well call them so. And so in Acts 5:11, they are called such as believe through the grace of God. And how is the work of God upon them described? How is the work of conversion described? Colossians 1:6: ‘Since ye knew the grace of God in truth’. So then we say that salvation both the whole and every part of it, is attributed solely to the grace of God.

Let us finally observe that our salvation by grace is of the greatest moment for believers to know and to be acquainted with. The Apostle here you see in Eph. 2:5, cannot hold speaking out his whole sentence before he brings in this; as soon as ever he had said ‘we are quickened by Christ’, he comes in with, ‘by grace ye are saved’. He would have it with a treble impression on their hearts, so he enlarges in verses 7 and 8. This is the great axiom, the great principle he would beget in their hearts. It is the sum and substance of the gospel, and to advance the glory of his grace is the sum of the great design of God. Therefore the advancement of his glory by grace being the design of God, you will find that when a man doth step out of the way and road of free grace unto anything else, he is said to turn aside from God. See Galatians 1:6: ‘I marvel that you are so soon removed from him that called you’ – it was because they did not hold the doctrine of free grace – ‘into the grace of Christ, unto another gospel’; implying that it is a turning aside from God. It being God’s great design to advance grace, and therefore he calls their stepping aside from the doctrine thereof, a frustrating of the grace of God (Gal. 2:21), which men do by mixing anything else with it. It is a frustrating of the grace of God because it frustrateth the great design of God, for to frustrate is to make void a design. By mingling anything else with it you frustrate the design of God, and turn from him unto another gospel. The ministry which Paul received, what was it? To testify the grace of God. And to divert from it the Apostle interprets to be a turning to another gospel, and he pronounceth a curse to any that shall do it, even unto angels themselves. My brethren, grace is the main thing of the gospel, and to trust perfectly in grace, not by halves, but fully, is the greatest thing in the world. ‘I have written to testify unto you that this is the true grace in which ye stand’ (1 Pet. 5:12). 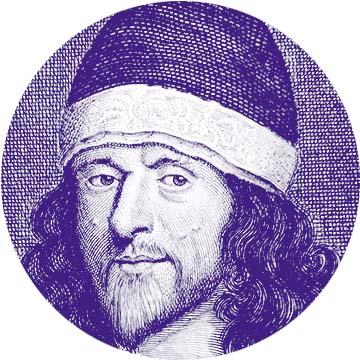 Thomas Goodwin (1600 – 1680) was a Puritan theologian and pastor. He was a friend and confidante of Oliver Cromwell.