One doesn't need a Ph.D. in theology to look around the world and realize something is desperately wrong. The existence of evil is one of the most vexing challenges a Christian – or any person, for that matter – must grapple with. It's occupied the minds of great Christian thinkers since the beginning, including St. Augustine (354-430). For much of his life he worked hard at a solution.

Augustine's approach was not just brilliant; it was practical. His insight is intellectually credible and emotionally satisfying in that it gives hope and offers meaning to the Christian trying to make sense out of life in a fallen world.

Two Aspects of the Problem

The problem of evil can be phrased in several ways. One approach addresses the origin of evil, prompting the syllogism (a series of statements that form a reasoned argument): 1) God created all things; 2) evil is a thing; 3) therefore, God created evil. If the first two premises are true, the conclusion is inescapable.

This formulation, if sustained, is devastating for Christianity. God would not be good if He knowingly created evil.

Augustine realized that the solution was tied to the question: What is evil? The argument above depends on the idea that evil is a thing (note the second premise). But what if evil is not a "thing" in that sense? Then evil did not need creating. If so, our search for the source of evil will take us in a another direction

Augustine approached the problem from a different angle. He asked: Do we have any convincing evidence that a good God exists? If independent evidence leads us to conclude that God exists and is good, then He would be incapable of creating evil. Something else, then, must be its source.

The key to success here, is the truthfulness of two premises. If Augustine can offer evidence through natural theology that God exists as Creator and also that God is good, making everything He created also good, then the conclusion - evil is not a thing - automatically follows.

This is Augustine's strategy. If evil is not a thing, then the case against Christianity stated in the original syllogism is unsound because one of its premises is false. The critical question is: What is evil?

Digging a Hole in Goodness

Central to Augustine's idea of goodness (and, consequently, evil) was the notion of being. To Augustine, anything that had being was good. God as the ground of being was perfectly good, along with everything he brought into being. This goodness was a property that came in varying degrees.

With this foundation Augustine was now prepared to answer the key issue: "Where is evil then, and whence, and how crept it in hither? What is its root, and what its seed? Or hath it no being?"1 To this Augustine answered: "Evil has no positive nature; but the loss of good has received the name 'evil.'"2

Augustine observed that evil always injures, and such injury is a deprivation of good. If there were no deprivation, there would be no injury. Since all things were made with goodness, evil must be the privation of goodness: "All which is corrupted is deprived of good."3

The diminution of the property of goodness is what's called evil. Good has substantial being; evil does not. It is like a moral hole, a nothingness that results when goodness is removed. Just as a shadow is no more than a "hole" in light, evil is a hole in goodness.

To say that something is evil, then, is a shorthand way of saying it either lacks goodness, or is a lower order of goodness than what ought to have been. But the question remains: "Whence and how crept it in hither?"

Augustine observed that evil could not be chosen because there is no evil thing to choose. One can only turn away from the good, that is from a greater good to a lesser good (in Augustine's hierarchy) since all things are good. "For when the will abandons what is above itself, and turns to what is lower, it becomes evil--not because that is evil to which it turns, but because the turning itself is wicked."4

Evil, then, is the act itself of choosing the lesser good. To Augustine the source of evil is in the free will of persons: "And I strained to perceive what I now heard, that free-will was the cause of our doing ill."5 Evil was a "perversion of the will, turned aside from...God" to lesser things.6

Augustine's solution has not been satisfying to some. Friedrich Schleiermacher snorted at the concept that God gave good creatures the freedom to do bad. If a being is perfect in its goodness, he held, it would never sin even if it were free to. Evil would then have to create itself ex nihilo, which is ridiculous.7

However, it doesn't follow that moral perfection necessarily entails immutability. That's a different type of perfection, a perfection in being. Schleiermacher's objection confuses the two. The fact that a perfectly beautiful vase is capable of being broken doesn't take away from its aesthetic perfections. In the same way, it makes sense to say that man was created morally perfect (morally whole or complete, at his proper level of goodness), even though he wasn't immutable in this perfection.

The objections raised by atheist philosophers J.L. Mackie and Antony Flew are more substantial.8 Isn't it possible that God could have created man immutable in his goodness, yet still have the opportunity to freely choose in other areas? Won't man have immutable goodness in heaven? And will he not also have freedom to choose among certain options? Why not here on earth? Couldn't God construct man's nature such that evil simply was not an option?

They miss the big picture, though: God would not have accomplished a second purpose. He not only wanted free creatures; He also wanted plenitude, that is, the greatest good possible. Plenitude - the highest good, the best of all possible worlds - requires more than just general freedom; it requires moral freedom, and that necessarily entails the possibility of evil.

Since all that God made is good, even those things which appear evil only appear that way because of a limited context or perspective. When viewed as a whole, that which appears to be evil ultimately contributes to the greater good.

For example, certain virtues couldn't exist without evil: courage, mercy, forgiveness, patience, the giving of comfort, heroism, perseverance, faithfulness, self-control, long-suffering, submission and obedience, to name a few. These are not virtues in the abstract, but elements of character that can only be had by moral souls. Just as evil is a result of acts of will, so is virtue. Acts of moral choice accomplish both.

The Best of All Worlds

A world that had never been touched by evil would be a good place, but it wouldn't be the best place possible. The best of all worlds would be a place where evil facilitated the development of virtues that are only able to exist where evil flourishes for a time. This would produce a world populated by souls that were refined by overcoming evil with good. The evil is momentary. The good that results is eternal.

What good comes out of a drive-by killing, someone might ask, or the death of a teenager through overdose, or a daughter's rape, or child abuse? The answer is that a commensurate good doesn't always come out of those individual situations, though God is certainly capable of redeeming any tragedy. Rather, the greater good results from having a world in which there is moral freedom, and moral freedom makes moral tragedies like these possible.

This observation reveals an interesting twist in this problem. If morality freely chosen can only happen in a world where evil is possible, then heaven will be a place where there will be no moral growth, where moral choices will not be possible because all the inhabitants of heaven will be immutably good. There is a type of soulish growth only available to inhabitants of a fallen world.

Two Scriptural observations lend credibility to this view. First, in recounting the great heroes of faith, the writer of Hebrews mentions that some were rescued by faith, but others endured by faith "...in order that they might obtain a better resurrection."9 (Heb. 11:35) Second, Paul tells Timothy that "...godliness is profitable for all things, since it holds promise for the present life and also for the life to come." (1 Tim. 4:8)

It appears that a deeper, more profound good results when virtue is won by free, moral souls struggling with evil, rather than simply granted to them as an element of their constitution.

Augustine knew that evil was real. Independent evidence (natural theology) was enough to convince him that God existed and that everything He created would be good. Evil, then, must be something real, but not a "thing" in the conventional sense. Evil is not a created thing, but spoiled goodness made possible by the free moral agency of rational creatures. Evil is not something present, but something missing, a privation.

The challenge that God could have created a world of free-will creatures immutable in their goodness is answered by the notion of plenitude, the greatest good. The possibility of evil also makes a greater good possible. God made a world in which true moral decision-making and development of virtues is possible in humans, manifest by persons whose character is formed through growth and struggle.

There's a sound reason why God has allowed evil. It doesn't conflict with His goodness. God is neither the author of evil, nor its helpless victim. Rather, precisely because of His goodness He chooses to co-exist with evil for a time.

This is a transcript of a commentary from the radio show 'Stand to Reason' ©2002 Gregory Koukl. Reproduced here by permission.

9. Scripture quotations are from the New American Standard Bible. 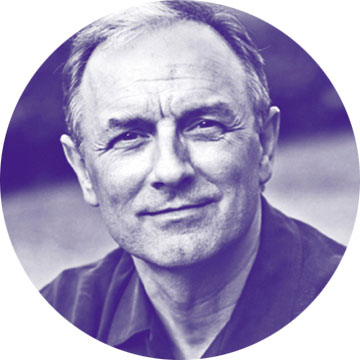 Greg Koukl is Founder and President of Stand to Reason, a ministry which trains Christians in apologetics.