You've been in the world of Christian ministry—especially in writing songs and leading worship—for some time. What brings you to the point of theological training now?
It was actually an idea that my wife, Lou, planted. She’d said to me several times that she felt that it would be a good thing for me to do. Then the lead elder at my home church—Joel Virgo—suggested it too. So I guess the idea just started to resonate with me.

What made you choose Union?
I’d had some contact with Mike Reeves on a couple of occasions and had also co-written an article with my dad for the Union Theology website, so it felt to me like there was a connection there. Practically speaking, it was the Learning Community that made it a possibility. For me as a self-employed musician/songwriter it wouldn’t have been viable to do it any other way.

Have you always been interested in theology? How has that grown over time, and how do you see your worship ministry relating to it?
Yes, I’ve always had an interest, predominantly in the realm of getting rich theology into our songs. It’s so important to understand why we gather together to worship. It’s important to serve our congregations by caring about what they’re being fed with in that context, and also as they listen to songs at home or driving in the car. I’ve also always had a keen interest in understanding how God can use creativity—especially in music—to help point people to him.

Recently people have been sharing an online article by Jamie Brown which outlines his concerns that evangelical worship is heading for a crash because of ‘performance-ism’. Do you have any reflections on that? What is your heart for worship ministry going forward?
Yeah, it’s an interesting article. The easiest thing to say is that, yes, I agree that the dangers he is highlighting in the article are very real and concerning. If our gathered times of corporate worship are not enriching theologically and the congregation isn’t engaged and drawn in to participate, and if Jesus isn’t exalted and glorified then we’ve certainly missed the mark, however high the quality of the music is. But there are a few things in here that I would also want gently to push back on at least a little! I think that labelling all the concerns under the banner of  'performance-ism' is unhelpful. It’s very easy to equate somebody ‘performing’ to them having a wrong self-glorifying attitude. I often encounter musicians who are sensitive to this ultimately drawing more attention to themselves because they’re fearful of playing with conviction and expression. They don’t want to ‘get the glory’. But as soon as we’re playing music, we are in some way performing – it just goes with the territory. So my encouragement to musicians would always be to play confidently. Be expressive! But also check your heart. Know why you’re playing but don’t be scared to play. The writer of the article wouldn’t necessarily disagree with anything I’ve said above, but to me it ends up framing performance as negative without any qualification. And I don’t think that is ultimately being specific enough!

In terms of my heart for worship ministry going forward, I’d say I would want it to be marked by the truth and power of the gospel, full of musical excellence, and drenched in the presence of the Spirit.

In terms of my heart for worship ministry going forward, I’d say I would want it to be marked by the truth and power of the gospel, full of musical excellence, and drenched in the presence of the Spirit. And with all that leading to people being able to participate with conviction, while being edified and edifying others in return! I love this quotation from Paul Tripp who says, 'Corporate worship is designed to get you to look at life through the lens of the presence, promises, and provisions of Jesus Christ.’ In order to do that we need to set forth what those promises and provisions are. So my heart for those who write songs, and those who lead times of corporate singing, is that they learn more and more how to do that. How to remind people. How to pen words that will do our congregations good. To be so filled with the wonder of God themselves that they can’t help but have that spill over. But I also believe strongly that God has given us the gift of music as a grace to us, and like any skill, it’s something to be worked on and honed– and can do such an amazing job of communicating truth in a beautiful way. We can still so often find in the church an attitude of things just being ‘good enough’ in the area of music, rather than trying to push for excellence. Jeremy Begbie says that often, ‘music is treated as the mere carrier of “theological truth” and is valid only insofar as we can spell put clearly what the message is. Music becomes an attractive gloss for conceptual truths – secondary and colourful wrapping to be tossed away once the specific “idea” has been grasped.’ You can so easily see how this approach leads to mediocrity in music. 'As long as we’ve all been able to sing the words together, we’re ok’. I think it can and should be more than that.

How do you think theologians and worship songwriters/leaders can work together more for the good of the Church?
It’s so great when theologians get alongside songwriters and just drop some inspirational theological bombs on them to get them thinking! I think trying to understand each other is so helpful. What makes us tick? Why are certain songs important? Looking for ways to encourage each other, recognising the different gifts, and trying to work together.

It’s so great when theologians get alongside songwriters and just drop some inspirational theological bombs on them to get them thinking!

Finally, you were in a band called ‘Phatfish’ for twenty years, which finished a few years ago now. What musical exploits are you up to now?
Well, my wife Lou was the singer in Phatfish and she has now recorded several solo albums too. These have been projects that we’ve very much worked on together, in the song writing especially. We are just now building towards a live album recording of brand new songs in January 2017. So we’ve been working with various people on the songs and trying them out in live environments too. We still spend a good amount of time out and about doing concerts and leading worship at various events, so look out for us!

Daniel Hames is Associate Director at Union and lectures in systematic and historical theology. 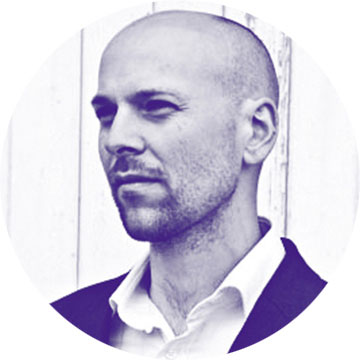 Nathan Fellingham is a highly experienced musician, founding the UK band Phatfish and working with worship leaders including Stuart Townend and Matt Redman. He is known for his songs 'Lift Up His Name (Holy Holy) and 'There is a Day'.