When I look across the pews on a Sunday morning, other people seem happy, balanced and together. However, from the outside, perhaps I seem healthy too. I know I’m not, and I’ve got the scars to prove it. But I try to keep them hidden. They’re ugly and shameful. I don’t want them to be seen!

But what if it wasn’t just me? In fact, what if I dis- covered that everyone was scarred? How would this change the way that I relate to others? Would I still feel frightened and ashamed? Or would I start to open up? Theologian Henri Nouwen says,

Nouwen tells us that everyone has scar stories. Often we’re embarrassed by them and try to hide. However, when we share them instead of covering them up, something remarkable occurs. Our scar stories can become a source of healing instead of a source of shame.

How do we move from hating our struggles, to owning them and using them to bless others?

It sounds amazing, doesn’t it? But how is this possible? How do we move from hating our struggles, to owning them and using them to bless others?

The Bible says that it happens when we meet the Healer who touches us with his own pierced hands. Jesus shows us his wounds and is not ashamed. He speaks to us softly and says, ‘Let me tell you the ultimate scar story: mine.’

Surely he took up our pain and bore our suffering, yet we considered him punished by God, stricken by him, and afflicted. But he was pierced for our transgressions, he was crushed for our iniquities; the punishment that brought us peace was on him, and by his wounds we are healed.
(Isaiah 53:4–5)

This is my testimony. I came to Jesus with my scars and my shame. He took them and gave me a new story, one that needed to be told. I was scared to share it, but as I did, something amazing happened. People answered.

Since then I haven’t stopped. God is using my scars – and he will use yours too.

It started with an invitation to speak at a training day for youth leaders. The topic was ‘Eating Disorders from a Sufferer’s Perspective’, and I was asked if I could help. I wanted to hide, but I felt that God was asking me to speak from the heart. So I got up and told my story.

‘Hello. My name’s Emma, and twice in my life I’ve suffered with life-threatening anorexia.’

With my head bowed, I spoke before an audience of strangers. I expected disapproval and disgust, but they held my words like they were precious jewels. Some nodded, and others had to translate my struggles into their own – but no-one scoffed. They spoke of their own grief and even wept for mine. And as we talked about God’s kindness, there was beauty, even in our mess.

Moved by this experience, I decided to start a blog. At first I wrote for those with anorexia, but I was startled by the response. Many who replied had never had eating disorders, but could identify with my experience. I heard from men and women, young and old, married and single, gay and straight, those who led churches and those who were frightened to enter them.

I wrote a book called A New Name. On the cover was a picture of my face, with the word ‘anorexia’ inscribed underneath. Inside I penned a picture of my heart, in all its ugliness and mess. I was stunned when others said, ‘Me too’.

More speaking invitations followed. These ranged from breakfasts in church halls, to addresses on floodlit stages. I didn’t offer solutions or brilliant advice; I simply went first and shared my scars. Often the real work happened at the end of the event. One by one, people would come forward and tell their own scar stories...

An ex-drug addict who’d just got out of prison.
A man of my father’s age, with tears streaming down his face.
A single mum.
A church leader struggling with depression.
A boy who was being bullied at school.

It’s hard to open up and show our scars. However, when we do so, we start a conversation. We say to one another, ‘I understand, because I’m like you.’ It’s not because I have an eating disorder or struggles with my mental health. It’s because I’m human. I’m hungry and anxious and controlling and ashamed and angry and sad. I’m sinful. And the cry of my heart is to know that you are too.

Anybody who has once been horrified by the dreadfulness of his own sin that nailed Jesus to the Cross will no longer be horrified by even the rankest sins of a brother... Worldly wisdom knows what distress and weakness and failure are, but it does not know the godlessness of man. And so it also does not know that man is destroyed only by his sin and can be healed only by forgiveness. Only the Christian knows this. In the presence of a psychiatrist I can only be a sick man; in the presence of a Christian brother I can dare to be a sinner.[2]

I spoke about this recently, and afterwards a woman approached me. For the first twenty minutes she said nothing, because she was bent double weeping. Finally, she spoke. She said, ‘The darkness in you is also in me. But it’s the first time I’ve heard someone speak of it. I go to church, and everyone seems happy. I pretend I’m happy too. But I’m not. I’m sad and ashamed. Today I heard you and I thought, if she can say it, I can say it too. I want to know about this Jesus. I want to stop being ashamed.’

When we dare to be sinners in front of one another, something wonderful happens. We come together, not as the healthy versus the sick, but as needy sinners who are united by God’s grace.

When we dare to be sinners in front of one another, something wonderful happens. We come together, not as the healthy versus the sick, but as needy sinners who are united by God’s grace. This means that when you ask me how I’m doing, I can afford to be honest. When I’m slipping into darkness, you will help to lead me out. When I’m listening to lies, you’ll remind me of the truth. And in God’s strength, I will do these things for you.

In the world’s eyes, redemption looks like individuals triumphing over adversity. But in God’s kingdom, it’s displayed through a community of limping pilgrims, carrying one another in the light: ‘If we walk in the light, as he is in the light, we have fellowship with one another, and the blood of Jesus... purifies us from all sin’ (1 John 1:7).

Taken from A New Day by Emma Scrivener 2017, published by Inter-Varsity Press. Used by permission. For more information please go to http://www.ivpbooks.com/product/new-day/. 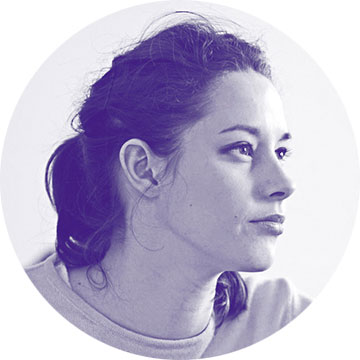 Emma Scrivener is the author of A New Name: Grace and Healing for Anorexia and A New Day: Moving on from hunger, anxiety, control, shame, anger and despair.