This article originally appeared in Issue 3 of the Union Magaine.

I can still remember going to see my first 3D film in an Imax theatre in Seattle. It was a U2 concert and I thought I could reach out and touch Bono. It was simply amazing.

As a young leader I was encouraged and challenged by the 3D call to ‘declare, define and defend’ the gospel. To me, this seemed like the clarion call my generation needed. If I was to be both trained and sustained for real, fruitful, life-long ministry, I needed to be able to do these 3 ‘D’s. In many senses, Union’ campus and Learning Communities are perfectly placed to help people learn how to define, declare, and defend the gospel. Through a mix of biblical studies, church history and systematics, you can grow in your grasp of the gospel and then be able to feed the sheep, share the gospel, and shoot the wolves.

The entertainment industry has moved on from 3D cinema and introduced 4D. This is where they work on your touch senses, and produce physical effects like wind and rain. I’ll be honest: I won’t be going to see Titanic in a 4D cinema! However, I love the idea of being immersed in a film and feeling the environment.

I began to realise that my 3D approach to ministry wasn’t going to sustain me for the long haul. Sure, it would make me orthodox, but it was limited.

As I got to the end of my first decade in ministry and started to spend more and more time with old friends like Sibbes, Charles, Edwards and Newton, I began to realise that my 3D approach to ministry wasn’t going to sustain me for the long haul. Sure, it would make me orthodox, but it was limited. The more I read, the more I realised I was missing the key ‘D’ in gospel ministry. And it is the foundation, fuel, and fruit of the other three. What is it? Delight. We must (and may!) delight in God himself.

Just like 4D cinema introduces the felt presence of a film, so delighting in God and his gospel introduces the Scriptural offer of drawing near: approaching the throne of grace in our times of need and knowing the love of God that is poured out into our hearts. This cherishing and clinging to Christ is the fourth dimension of Christian ministry that will make sure men are trained and sustained, making them able to finish the race.

In a letter to a young minster, John Newton warns:

‘The ministry of the gospel, like the book which the Apostle John ate, is a bitter sweet; but the sweetness is tasted first, the bitterness is usually known afterwards, when we are so far engaged that there is no going back.’

Getting through those seasons of trial is vital for both the servant of Christ and the Church. We need to produce students who can serve for decades, and it is the ability, by God’s grace, to minister in 4D that is needed.

Getting through those seasons of trial is vital for both the servant of Christ and the Church. We need to produce students who can serve for decades, and it is the ability, by God’s grace, to minister in 4D that is needed.

But we need to be aware of encouraging a fourth dimension that is like the 4D cinema – illusion. A film entertains and produces all kinds of emotion, but it doesn’t change your life. Only a true delight in the true God, through his wonderful gospel, has the power not only to sustain us in mission and ministry, but help us say: ‘Whatever my lot, it is well, it is well with my soul.’ This is the reality that we need to encourage ministers of the gospel to pursue.

That is why I have been so grateful for the ministry of Union over the years, and am committed to serve here for the future. Here we have a faculty that can teach us how to define, declare, defend, and delight in God. At the end of a week of lectures I was attending earlier this year, as the lecturer closed in prayer, a student exclaimed: ‘I just want to praise God now!’. That is 4D ministry. 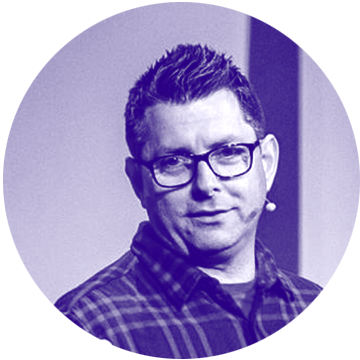 Jonathan Thomas is Pastoral Dean at Union School of Theology. He is also pastor of Cornerstone Evangelical Church in Abergavenny.