When the New Testament was written is a significant issue, as one assembles the overall argument for Christianity. Confidence in the historical accuracy of these documents depends partly on whether they were written by eyewitnesses and contemporaries to the events described, as the Bible claims. Negative critical scholars strengthen their own views as the separate the actual events from the writings by as much time as possible. For this reason radical scholars argue for late first century, and if possible second century, dates for the autographs [original manuscripts]. By these dates they argue that the New Testament documents, especially the Gospels, contain mythology. The writers created the events contained, rather than reported them.

The Gospel of Luke was written by the same author as the Acts of the Apostles, who refers to Luke as the 'former accountant' of 'all that Jesus began to do and teach' (Acts 1:1). The destiny ('Theophilus'), style, and vocabulary of the two books betray a common author. Roman historian Colin Hemer has provided powerful evidence that Acts was written between AD 60 and 62. This evidence includes these observations:

1. There is no mention in Acts of the crucial event of the fall of Jerusalem in 70.
2. There is no hint of the outbreak of the Jewish War in 66 or of serious deterioration of relations between Romans and Jews before that time.
3. There is no hint of the deterioration of Christian relations with Rome during the Neronian persecution of the late 60s.
4. There is no hint of the death of James at the hands of the Sanhedrin in ca. 62, which is recorded by Josephus in Antiquities of the Jews (20.9.1.200).
5. The significance of Gallio's judgement in Acts 18:14-17 may be seen as setting precedent to legitimize Christian teaching under the umbrella of the tolerance extended to Judaism.
6. The prominence and authority of the Sadducees in Acts reflects a pre-70 date, before the collapse of their political cooperation with Rome.
7. The relatively sympathetic attitude in Acts to Pharisees (unlike that found even in Luke's Gospel) does not fit well with in the period of Pharisaic revival that led up to the council at Jamnia. At that time a new phase of conflict began with Christianity.
8. Acts seems to antedate the arrival of Peter in Rome and implies that Peter and John were alive at the time of the writing.
9. The prominence of 'God-fearers' in the synagogues may point to a pre-70 date, after which there were few Gentile inquiries and converts to Jerusalem.
10. Luke gives insignificant details of the culture of an early, Julio-Claudian period.
11. Areas of controversy described presume that the temple was still standing.
12. Adolf Harnack contended that Paul's prophecy in 20:25 (cf. 20:38) may have been contradicted by later events. If so, the book must have appeared before those events.
13. Christian terminology used in Acts reflects an earlier period. Harnack points to use of Iusous and Ho Kurios, while Ho Christos always designates 'the Messiah,' and is not a proper name for Jesus.
14. The confident tone of Acts seems unlikely during the Neronian persecutions of Christians and the Jewish War with the Rome during the late 60s.
15. The action ends very early in the 60s, yet the description in Acts 27 and 28 is written with a vivid immediacy. It is also an odd place to end the book if years have passed since the pre-62 events transpired.

If Acts was written in 62 or before, and Luke was written before Acts (say 60), then Luke was written less than thirty years of the death of Jesus. This is contemporary to the generation who witnessed the events of Jesus' life, death, and resurrection. This is precisely what Luke claims in the prologue to his Gospel:

Many have undertaken to draw up a record of the things that have been fulfilled among us, just as they were handed down to us by those who were eye-witnesses and servants of the word. Therefore, since I myself have carefully investigated everything from the beginning, it seemed good also to me to write an orderly account for you, most excellent Theophilus, so that you may know the certainty of the things you have been taught. [Luke 1:1-4]

Luke presents the same information about who Jesus is, what he taught, and his death and resurrection as do the other Gospels. Thus, there is not a reason to reject their historical accuracy either.

It is widely accepted by critical and conservative scholars that 1 Corinthians was written by 55 or 56. This is less than a quarter century after the crucifixion in 33. Further, Paul speaks of more than 250 eyewitnesses to the resurrection who were still alive when he wrote (15:6). Specifically mentioned are the twelve apostles and James the brother of Jesus. Internal evidence is strong for this early date:

There is also external evidence:

1. Clement of Rome refers to it in his own Epistle to the Corinthians (chap. 47.)
2. The Epistle of Barnabas alludes to it (chap. 4).
3. Shepherd of Hermas mentions it (chap. 4).
4. There are nearly 600 quotations of 1 Corinthians in Irenaeus, Clement of Alexandria, and Tertullian alone (Theissen, 201). It is one of the best attested books of any kind from the ancient world.

Along with 1 Corinthians, 2 Corinthians and Galatians are well attested and early. All three reveal a historical interest in the events of Jesus' life and give facts that agree with the Gospels. Paul speaks of Jesus' virgin birth (Gal. 4:4), sinless life (2 Cor. 5:21), death on the cross (1 Cor. 15:3; Gal. 3:13); resurrection on the third day (1 Cor. 15:4), and post-resurrection appearances (1 Cor. 15:5-8). He mentions the hundreds of eyewitnesses who could verify the resurrection (1 Cor. 15:6). Paul rests the truth of Christianity on the historicity of the resurrection (1 Cor. 15:12-19). Paul also gives historical details about Jesus' contemporaries, the apostles (1 Cor. 15:5-8), including his private encounters with Peter and the apostles (Gal. 1:18-2:14). Surrounding persons, places, and events of Christ's birth were all historical. Luke goes to great pains to note that Jesus was born during the days of Caesar Augustus (Luke 2:1) and was baptised in the fifteenth year of Tiberius. Pontius Pilate was governor of Judea and Herod was tetrarch of Galilee. Annas and Caiaphas were high priests (Luke 3:1-2).

There is a growing acceptance of earlier New Testament dates, even among some liberal scholars. Two illustrate this point, former liberal William F. Albright and radical critic John A. T. Robinson.

William F. Albright wrote, 'We can already say emphatically that there is no long any basis for dating any book of the New Testament after about A.D. 80, two full generations before the date between 130 and 150 given by the more radical New Testament critics of today.' (Recent discoveries in Bible Lands, 136). Elsewhere Albright said, 'In my opinion, every book of the New Testament was written by a baptised Jew between the forties and eighties of the first century (very probably sometime between about A.D. 50 and 75)' ('Towards a More Conservative View,' 3).

This scholar when so far as to affirm that the evidence from the Qumran community show that the concepts, terminology, and mind set of the Gospel of John is probably first century ('Recent Discoveries in Palestine'). 'Thanks to the Qumran discoveries, the New Testament proves to be in fact what it was formerly believed to be: the teaching of Christ and his immediate followers between cir. 25 and cir. 80 A.D.' (From Stone Age to Christianity, 23).

John A. T. Robinson. Known for his role in launching the 'Death of God' movement, Robinson wrote a revolutionary book titled Redating the New Testament, in which he posited revised dates for the New Testament books that place them earlier than the most conservative scholars ever held. Robinson places Matthew at 40 to after 60, Mark at about 45 to 60, Luke at before 57 to after 60, and John at from 40 to after 65. This would mean that one of who Gospels could have been written as early as seven years after the crucifixion. At the latest they were all composed within the lifetimes of eyewitnesses and contemporaries of the events. Assuming the basic integrity and reasonable accuracy of the writers, this would place the reliability of the New Testaments beyond reasonable doubt.

Earlier, Clement of Rome cited Matthew, John, and 1 Corinthians, and 95 to 97. Ignatius referred to six Pauline epistles in about 110, and between 110 and 150 Polycarp quoted from all four gospels, Acts, and most of Paul's epistles. Shepherd of Hermas (115-140) cited Matthew, Mark, Acts, 1 Corinthians, and other books. Didache (120-150) referred to Matthew, Luke, 1 Corinthians, and other books. Papias, companion of Polycarp, who was a disciple of the apostle John, quoted John. This argues powerfully that the gospels were in existence before the end of the first century, while some eyewitnesses (including John) were still alive.

The earliest undisputed manuscript of a New Testament book is the John Rylands papyri (p52), dated back from 117 to 138. This fragment of John's gospel survives from within a generation of composition. Since the book was composed in Asia Minor and this fragment was found in Egypt, some circulation time is demanded, surely placing composition of John within the first century. Whole books (Bodmer Papyri) are available from 200. Most of the New Testament, including all the gospels, is available in the Chester Beatty Papyri manuscript from 150 yeas after the New Testament was finished (ca. 250). No other book from the ancient world has as small a time gap between composition and earliest manuscript copies as the New Testament.

Jose O'Callahan, a Spanish Jesuit paleographer, made headlines around the world on March 18, 1972, when he identified a manuscript fragment from Qumran (Dead Sea Scrolls) as a piece from the gospel of Mark. The piece was from Cave 7. Fragments from this cave had previously been dated between 50 BC and AD 50, hardly within the time frame established for New Testament writings. Using the accepted methods of papyrology and palaeography, O'Callahan compared sequences of letters with existing documents and eventually identified nine fragments as belonging to one gospel, Acts, and few epistles. Some of these were dated slightly later than 50, but still extremely early:

Both friends and critics acknowledge that, if valid, O'Callahan's conclusions will revolutionise New Testament theories. If even some of these fragments are from the New Testament, the implications for Christian apologetics are enormous. Mark and/or Acts must have been written within the lifetime of the apostles and contemporaries of the events. There would have been no time for mythological embellishment of the records. They must be accepted as historical. Mark could be shown to be an early gospel. There would hardly be time for a predecessor series of Q manuscripts. And since these manuscripts are not originals but copies, parts of the New Testament would have been show to have been copied and disseminated during the lives of the writers. No first century date allows time for myths or legends to creep into the stories about Jesus. Legend development takes at least two full generations, according to A.N Sherwin-White (see Sherwin-White, 189). Physical remoteness from the actual events is also helpful. Neither are available here. The thought is utterly ridiculous with a ca. 50 or earlier Mark. Even putting aside O'Callahan's controversial claims, the cumulative evidence places the New Testament within the first century, and the lives of eyewitnesses.

This is an excerpt from 'The Baker Encyclopedia of Christian Apologetics' by Norman L. Geisler, Baker Academic, a division of Baker Publishing Group © 2007. Used by permission. All rights to this material are reserved. Material is not to be reproduced, scanned, copied, or distributed in any printed or electronic form without written permission from Baker Publishing Group 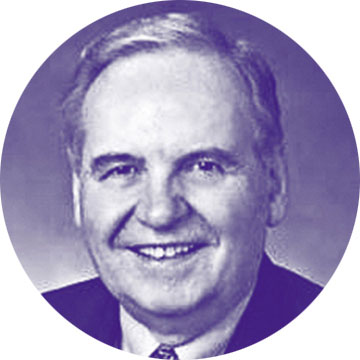 Normal L. Geisler is Chancellor and Distinguished Professor of Theology and Apologetics at Veritas Evangelical Seminary in Murrieta, CA, USA.