This article is an excerpt from Fearless Faith: Learning to trust Jesus in every situation, the third in Union's series of short, friendly theological books in partnership with 10ofThose. You can buy it online today here.

When Jesus saw the crowd around him, he gave orders to cross to the other side of the lake ...
Then he got into the boat and his disciples followed him. Suddenly a furious storm came up on the lake, so that the waves swept over the boat. But Jesus was sleeping. The disciples went and woke him, saying, ‘Lord, save us! We’re going to drown!’ He replied, ‘You of little faith, why are you so afraid?’ Then he got up and rebuked the winds and the waves, and it was completely calm. The men were amazed and asked, ‘What kind of man is this? Even the winds and the waves obey him!’
Matthew 8:18, 23–27

Do you think anyone or anything could ever prevent Christ’s intentions from being fulfilled? I ask the question because, on this particular occasion, Jesus didn’t say to the disciples, ‘Let’s set off and see how far we can get!’ No, ‘he gave orders to cross to the other side of the lake’ (Mt. 8:18, my italics). And yet, when it came to it, the disciples’ faith was greatly lacking. Far from simply taking Jesus at his word and believing they would land safely, when the storm began they were instead convinced that his plans were about to be overturned.

The Apostle Paul once declared that he was ‘confident of this: that he who began a good work in you will carry it on to completion’ (Phil. 1:6). God is not like us in this respect. Even the most single-minded people have to sometimes admit that they simply don’t have the resources to fulfil their dreams. But that is never God’s problem. He has all the resources in the universe. After all, he created them and they are his. So whatever he intends to happen, most surely will. Therefore, once Jesus had ordered that he and the disciples should cross to the other side of the lake, there was no possibility of them sinking somewhere in the middle of it! The failure of the disciples to take Jesus at his word betrayed the fact that their view of him was still far too limited and earthbound. They had yet to realise that nothing could ultimately frustrate their leader’s plans. Their faith had to be tested and strengthened by experience before they could even begin to grasp something of Jesus’ unassailable authority. Just as the disciples were, in fact, certain to finish their journey safely, so are we. It may feel, at the moment, that the odds stacked against us are just too great. Even though somehow or other, by God’s grace, we have so far managed to survive every difficulty, our present circumstances seem bound to overwhelm us.

But this is not the case!

Nor is it only God’s personal love for his children that ensures their ultimate safety. It is also a question of God’s honour. His very word is at stake. Can it be trusted or not?

...no one will snatch them out of my hand.

Peter later wrote that ‘through faith’ all true Christians ‘are shielded by God’s power until the coming of the salvation that is ready to be revealed in the last time’ (1 Pet. 1:5). Notice that it is through faith! Sometimes our faith is so weak that we can scarcely believe it. But reflect on the number of times the Lord has brought you through tremendous crises. You are still on the route that a sovereign, saving God has mapped out for you. So don’t be afraid! Let your experience of God’s goodness in the past feed your faith in his loving purposes for you now. While there is no promise that we shall be delivered from all our trials and troubles, by faith we shall pass safely through them. The Lord has given orders that we shall cross to the other side of whatever difficulty or danger threatens to engulf us. What more should we need than this promise? Our only problem is fear – our only solution is faith. 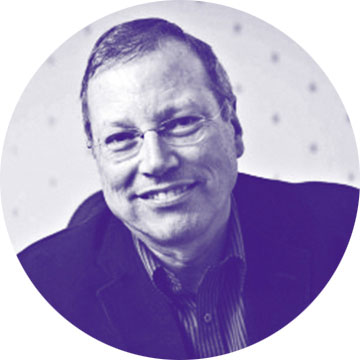 Jonathan Stephen is Provost of Union School of Theology. He is the author of Theophany: Close Encounters with the Son of God and Fearless Faith.