A remarkably prevalent view is that Paul changed the religion of Jesus, a good Jewish prophet, into the cult of a divine Christ figure.  It is this idea that partly lies behind Philip Pullman's book The Good Man Jesus and the Scoundrel Christ (and perhaps also Andrew Marr's TV programme on the History of the World, with its account of Christian origins focussing on Paul not Jesus); it is an idea that has appealed to all sorts of people. It has appealed to atheists and others who don't want to take Christianity too seriously, to Muslims who revere Jesus but don't like the idea of him as Son of God, to Jews, and even to some Christians who don't like what they see of Paul in the New Testament (or what they think they see). At first sight it may not seem too serious to attack Paul the follower, while affirming Jesus the founder of the religion. But in fact it is very damaging to Christian faith to argue that the idea of Jesus as divine Saviour and Lord is a figment of Christian imagination.  Of course, some people may feel happier with a good man Jesus than with a supernatural saviour, but it doesn’t leave Christians with much gospel for a secular world. Paul was right when he said that, if Christ is not raised, then our faith is vain, and we are of all people most miserable – victims of a grand delusion, as Richard Dawkins assures us.

But was Paul wrong? And is it right to accuse him of inventing a new religion different from that of Jesus?  Was he indeed more of a scoundrel than a saint, contrary to Christian tradition? Quite a lot of people think so. They find Paul difficult , and they don’t like some of what he said, notably about women. But it’s not just women:  he is often seen as negative towards all sorts of things, and as arrogant, and as quite different from Jesus.

But this view, despite its popularity in a world that likes to make Christian saints into villains (even more than we are), deserves to be rejected.

The idea that Paul was in any sense the founder of Christianity won’t wash. Christianity was very much a going concern when he was converted on the Damascus Road, which is why Paul was trying to eliminate it so ruthlessly. The first Christians were proclaiming Jesus the crucified one as risen from the dead and as Lord and Saviour of the world. That is why Paul the zealous Pharisee student was so determined to put the Christians down, not because they were preaching about a rather good man with rather good ideas.

And the idea that Paul the convert might somehow have invented the Christian gospel, and then foisted it on the rest of the church doesn’t make sense for other reasons. He was in no position to impose his ideas on others, even if he had wanted to: Jerusalem was the Christian HQ, and after his conversion Paul was a persona non-grata there. The Jews saw him as a traitor. And even to the Christians in Jerusalem he was an outsider, of whom they were decidedly suspicious at first. He was not in a position to reinvent the religion of Jesus, and to sell his reinvention to the existing church.

Anyway Paul would not have wanted to change the religion of Jesus. His experience on the Damascus Road was one of massively amazing grace.  He deserved to be destroyed by the risen Jesus whom he had been campaigning against. But instead Jesus met him, as he believed, and showed him astonishing mercy, and indeed called him to his service. He came to see Jesus as his Lord. He came to see that Jesus’ death was not the just execution of a false prophet, as he had thought, but that it was God’s love in action, for the world and for Paul himself. In Galatians Paul speaks of ‘the Son of God who loved me and gave himself for me’ (2:20). And so he was changed from being an arrogant young persecutor, into a devoted and grateful follower of the one who gave his life for others.

But was he really a follower of Jesus? Why doesn’t he refer more to Jesus’ life and teaching? Actually he refers to Jesus all the time, and especially to his death and resurrection.  But some people are worried by the fact that he refers to the death and resurrection of Jesus, but not so much to his life – to his miracles, parables, the Sermon on the Mount, etc. It is sometimes claimed that Paul focuses on the death and resurrection of Jesus because he was influenced by Greek mystery religions, with their ideas of gods dying and rising;  so yes, after all, he was responsible for turning the real Jesus of Galilee into a Hellenistic god. He had a mystical experience on the Damascus Road, and created a new Hellenistic religion on the basis of it .

But that argument also doesn’t wash. We have seen that Paul was in no position to change the Christian religion into something different, nor did he have the motivation, quite the opposite. But what then about his failure to refer to Jesus’ ministry more? There are two points to be made in response to that:

First, there is loads of evidence that he did know and teach about Jesus’ life and ministry. Yes, he focuses in his letters on Jesus’ death and resurrection, the most stupendously important events. But he speaks of how, when he founded churches, he ‘passed on’ what he ‘had also received’ – the story of the Last Supper and of the night that Jesus was betrayed, the stories of the resurrection and of Jesus’ resurrection appearances (1 Corinthians 11 & 15). When he went around the Mediterranean world telling people about Jesus and inviting them to believe in him, he did not just tell them that he had had a mystical experience and that they could have it too. He told them what they would have wanted to know – the story of this amazing Jesus, and of his teaching. He doesn’t often directly quote Jesus’ teaching, but he does refer to Jesus’ teaching on divorce, he echoes the Sermon on the Mount on loving enemies, he echoes Jesus’ teaching about his second coming, for example Jesus’ parable of the thief in the night, he uses the word ‘Abba’, Jesus’ own distinctive form of address to God 1 Corinthians 7, Romans 12, 1 Thessalonians 5, Romans 8). And so we could go on. Any idea that Paul invented key Christian doctrines is shot out of the water by the evidence: where did Paul get the idea of the atonement from? Surely from Jesus’ teaching about his body and blood at the Last supper, to which he refers. Where did he get the idea of Jesus as divine Son? Surely from Jesus’ own teaching about God as his Abba as well as from the resurrection.

Second, Paul does not quote events and teaching from Jesus’ ministry more in his letters because he doesn’t need to! His letters are to already established churches, which have already been taught about Jesus. So he does not need to tell them the gospel stories. His letters are largely trouble-shooting letters, in which he deals with particular issues that have arisen in particular churches:  so he does remind them of teaching of Jesus that is relevant, e.g. the last supper to the Corinthians who were in such a eucharistic mess. In other churches he does not need to refer to the last supper. His ‘silence’ reflects not lack of interest or emphasis on Jesus, but the particular context.

But lastly: mustn’t we honestly admit that Paul is different from Jesus – not teaching much about the kingdom of God, having different attitudes to women, etc.? Well, yes and no. Of course, Paul was different – he wasn’t Jesus, but a follower, and he was writing after Good Friday, Easter and Pentecost not before, and he was ministering largely in Greek-speaking urban contexts not in rural Galilee. So of course, there are differences. He translates Jesus, we could say, into a different language and a different world. Kingdom language did not make so much sense in the Greek world. Such translation is what we should all be doing in our ministries!

But Paul was a thoroughly faithful translator of Jesus and of his gospel - proclaiming the new day of God’s salvation, bringing out the grace of God for sinners and outsiders, maintaining Jesus’ ethical high standards and believing in divine judgement, encouraging people (including himself) to be servants of one another and to follow Christ’s self-sacrifice. Even on women, Paul is thoroughly positive in a chapter like Romans 16, not to mention Galatians 3:28. And some of the apparently negative things that Paul says were probably because people were taking his teaching about freedom and equality in Christ too far, denying the God-created differences between men and women and causing offence in the community.

So Paul’s teaching is not always easy, but it is brilliant, balanced and challenging (remember 1 Corinthians 13); Paul himself was not perfect (so Philippians 3), but was he scoundrel or saint? The answer is not in doubt. Did he get Jesus right? Most certainly he did.. 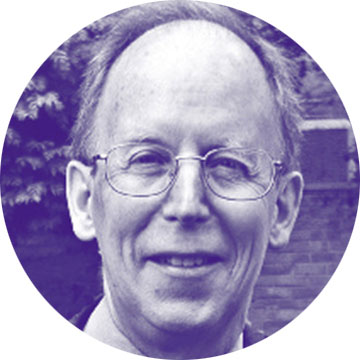