Preaching Christ is undoubtedly a subject that merits book-length treatment.

There is more in those last three words than meets the eye, but to that we will return momentarily.

In this context, however, we encounter a curiosity-arousing fact about book-length treatments of preaching which is worthy of comment:

The ‘preaching section’ of my bookcases contains perhaps a hundred volumes large and small, dating from the Reformation period to the present day. That is but a fraction of books on preaching published in this period. But to a contemporary eye there is a surprising common feature in the books I own published between William Perkins’ Puritan classic, The Arte of Prophecying (English, 1606) and the two classics of the modern era, D. M. Lloyd-Jones’ Preaching and Preachers (1971) and J. R. W. Stott’s I Believe in Preaching (1981, USA title Between Two Worlds).

The common feature? Only one of my hundred volumes has Preaching Christ as (or in) its title — a single address by the admirable American Episcopalian Bishop Charles P. McIlvaine, a brilliant fellow-student and friend of Charles Hodge (and as far as I know the only American ever to lie in state in Westminster Abbey!).

More striking still, none of these books contains a chapter on preaching Christ – not C. H. Spurgeon (Lectures to My Students), not Dr. Martyn Lloyd-Jones, not Dr. John Stott. But in more recently published books it has become de rigueur to focus on preaching Christ. It might not be too strong to say that any book on preaching that failed to do this would in many circles today be regarded as profoundly inadequate.

Now, it might be asked by way of a tu quoque, ‘How many books on preaching Christ also stress the importance of the blessed Trinity?’ But that aside, in any discipline a statistical ‘spike’ or ‘cluster’ of this nature (e.g. a particular disease), leads students of the discipline to seek a specific cause for it.

So, what explains this ‘cluster’ of interest and emphasis in preaching?

Perhaps in fifty years or so someone will provide a magisterial analysis and interpretation. My own guess, for what it is worth, is that part of the answer is found in one word: Hermeneutics. Its coming to prominence brought with it a new interest in the (actually old, but much neglected) discipline of biblical theology.

I remember as a teenager reading that the ‘conference joke’ at the first Keele Congress of Anglican evangelicals (1967) was that ‘Hermeneutic’ was a German professor of theology (Herr Meneutic!). A discipline involved in the interpretation of any literary field was now being applied in a much more detailed and self-conscious technical manner to the reading of the Bible.

In turn this raised the profile of biblical theology. Heretofore to most evangelicals this expression denoted no more than getting your theology from the Bible, while to others it was a reference to a movement among largely neo-orthodox scholars. Only now was the term being broadly understood by evangelicals in the sense intended by the title of Geerhardus Vos’s 1948 ground-breaking book. In fact, a redemptive-historical approach to interpreting and expounding Scripture had long been preserved in a few oases of reformed theology (think of Herman Witsius’ The Economy of the Covenants or of Jonathan Edwards’ History of Redemption, or of George Smeaton and Patrick Fairbairn). But now it was becoming common property, and in due season created various ‘schools’ of approach.

In this context, Luke 24:27 became a major text, even the central hermeneutical key.

Here it should be underlined that our forefathers (those who authored my hundred books) preached ‘Christ and him crucified’ to great effect; dare one say to greater effect than we do? But they did so, in a sense, intuitively, because they read and knew their Bibles well and were grounded in reformation principles of interpretation. But now a more self-conscious approach was encouraged, so that, in particular, preaching Christ from the Old Testament Scriptures was developed in a much more programmatic way, especially in some theological schools and training programmes.

With the apostle Paul we rejoice if Christ is preached (Phil. 1: 18)! Speaking personally, I align myself with the emphasis that anyone who preaches from either Testaments needs to preach Jesus Christ.[1] But a ‘cluster’ phenomenon, a spike in the graph of literature, should give us pause to ask if there are cautionary notes we need to hear.

Two cautions are, perhaps, worth noting. They relate to biblical balance and biblical fulness.

By raising the issue of ‘balance’ in this context it is enough to ask whether we are in danger of a form of Christo-monism in our preaching which has been abstracted from a biblical trinitarianism. The Christo-monism of which Karl Barth was accused (not least by evangelicals), was nevertheless accompanied by a heavy dose of trinitarianism. It is a question whether this is true of the contemporary recovery of Christ-centred preaching. I suspect it is still the exception to hear someone showing you ‘How to get to the Father from the Old Testament’, or for that matter, to the Holy Spirit. We are, after all, baptized ‘in the name of the Father and of the Son and of the Holy Spirit’ (Matt. 28:19). Amen?

But there is also the issue of ‘fulness’. Here we should note a subtle danger in a programmatic approach to preaching Christ from the Old Testament. It can too easily give the impression that the Old Testament is a kind of theological crossword puzzle. The ‘clues’ (as in crossword puzzles) come in one of a number of forms. Seasoned crossword puzzle solvers (of whom I am not one!) will recognise them immediately. But they simply mystify the uninitiated. The person who understands the code solves the puzzle. To apply the metaphor, there are basically X number of ways you can ‘get to Christ’ from the Old Testament. While not all these ways will work for every passage, one or more of them will always work. The solution is always C-H-R-I-S-T.

Eventually the method can be learned and employed, and in turn one’s hearers will be able to employ it in their own reading of the Bible.

The needed caution here of course is that the programme or pattern easily produces a certain ‘sameness’ and eventually even a kind of ‘Oh, not another crossword puzzle solution sermon’ form of boredom in the hearers. Those who employ the approved method (and institutions and programmes almost always have one) tend to end up sounding more or less the same as each other. This hardly accords with how different from each other the apostles must have sounded!

In some ways, however, we can make a more serious mis-step in ‘preaching Christ from the Old Testament’. We show the congregation how to ‘get to Jesus’ from the text (be the genre history, prophecy, wisdom, psalmody or whatever). But in the process of exposition little more than lip service is given to the actual texture of the text itself and the life-situation of those embedded in it. The important task is seen to be to show that it really speaks about Christ. But too often there is (i) a lack of covenant consciousness and consequently (ii) little or no emphasis on the nature of the Old Testament believer’s bond of union with Yahweh who fully reveals himself in Christ.

The danger to which this then leads is that once we have used the clues to solve the puzzle and ‘got to Christ’ – we stop. We have pencilled in C-H-R-I-S-T, but not preached Jesus Christ himself clothed in the garments of the gospel (the phrase is Calvin’s). We have solved the puzzle, but we have not really introduced our hearers to the person, Jesus himself. We have not ‘portrayed’ him as crucified.

The danger to which this then leads is that once we have used the clues to solve the puzzle and ‘got to Christ’ – we stop. We have pencilled in C-H-R-I-S-T, but not preached Jesus Christ himself clothed in the garments of the gospel (the phrase is Calvin’s). We have solved the puzzle, but we have not really introduced our hearers to the person, Jesus himself. We have not ‘portrayed’ him as crucified (Gal. 3:1).

When this is so, our hearers are left with an appreciation of the Bible’s plot line, but at the expense of meeting its Chief Character who is the same in our ‘today’ as he was ‘yesterday’ (that is ‘in the days of his flesh’, cf. Heb. 13:8; 5:7). For that we need to begin with the Gospels and work backwards, not with the Old Testament and work forwards.

Here is a litmus test. Perhaps millions of sermons are now available online. Of how many of the galaxy of preachers represented is your instinctive sense: He preached Christ and him crucified; He was determined to know nothing but Jesus Christ; He proclaimed him (1 Cor 1:23; 2:2; Col. 1:28), and as a result I know, trust, love, and adore my Saviour and want to obey him more and more?  Or is the central focus somewhere else, even somewhere good, sometimes even on the explanation of the text but not on the presentation of the person of Christ himself?

What will help us here, in the context of this ‘cluster’ of emphasis on preaching Christ? What counsel will help us grow—especially if we are young preachers—in ‘balance’ and ‘fulness’?

One suggestion must suffice here: The Gospels. We need to read and re-read all four, meditate on them, be saturated in them, and come to know Jesus Christ ‘today’ by knowing him as he was revealed ‘yesterday’. For he is still ‘the same’ (Heb. 13:8). Otherwise when we ‘get to Christ’ from the Old Testament, we may have too little to say about the Lord Jesus himself. Expressed in literary terms, the plot line will have swallowed up character analysis. If so, our preaching will present only a pale shadow of ‘the real Jesus’.

Perhaps there is a broader principle here: before we think about preaching Christ from the Old Testament, we need to learn to preach him, as incarnate, from the New. That, after all, is the way the apostles learned how to preach him; from the incarnation backwards.

At the end of the day, it is the man who knows Christ best whose preaching will most satisfy those whose request is: ‘Sir, we wish to see Jesus’.

At the end of the day, it is the man who knows Christ best whose preaching will most satisfy those whose request is: ‘Sir, we wish to see Jesus’ (John 12: 21 – words that in the past were often embedded into pulpits).

So, if you are a new preacher, pour over the Gospels. And if you are a seasoned preacher, make sure you recalibrate your preaching to the Christ they portray. For he is the same today as he was yesterday. Thus, perhaps, God will raise up a new generation of men who can say ‘Him we proclaim’. 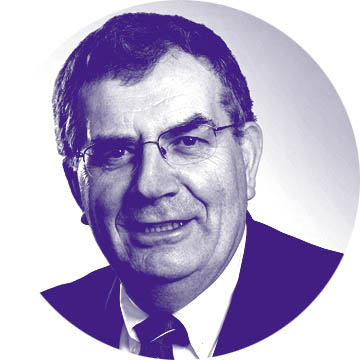 Sinclair B. Ferguson is Professor of Systematic Theology at Redeemer Seminary in Dallas and assistant minister at St. Peter's Free Church of Scotland, Dundee. He is a noted author and preacher.