Numbers 35 has one of those laws that was jarring to me when I first read the Bible. It deals with someone dying by accident. You push him out of the way of a falling piano and he is run over by a bus; the strap breaks as you pull your bag out of the overhead locker and kills a fellow passenger; you throw a boulder from your roof into the skip below, where someone was looking for his contact lens.

You’re innocent, so you go free. Right? Wrong. Run for your life to one of the 'cities of refuge'. If the jury confirms that the death was accidental, you are condemned to life-long 'city-arrest.' Set a foot outside the gates, and you die.

One way to read such laws

Some passages in the Law are obvious to any as shadows of Christ: Genesis 22, say. In other cases, they contribute dramatically to big themes: Exodus 14 is neither the first nor the last rescue-through-judgment. Still, that leaves a lot of the Law unaccounted for, while Jesus insists that it is all about him (Luke 24).

The Law sometimes points to Christ through an accumulation of details that seem unrelated. In Wales, at the time of writing, we are subject to apparently random Politburo restrictions: wearing a mask; standing 2m apart in a queue; leaving the house only once a day; singing two Happy Birthdays while washing our hands. The common link is Covid-19; it explains these regulations, dress-codes and rituals.

The Law sometimes points to Christ through an accumulation of details that seem unrelated.

The Law works like that. Moses invites us to immerse ourselves in the details of Genesis–Deuteronomy and let it retune our minds. As we read, read and re-read the word of God, the expectation of Christ and our need for him is being shaped by a thousand small 'nudges' (as well as the large unmissable types and the towering themes). The cities of refuge are one nudge about one problem which the gospel answers; they show why Christ is the one to answer it; they clarify our hope.

Death does not belong here. Christians can be blasé about death. Christ removed the sting of death; we need not mourn as the hopeless. So we become disoriented, like the materialist who thinks that death is part of the circle of life. We treat death as though it were a normal part of life. That will not do at all.

Death is an interloper. It has no place among the living. The Law screamed this at Israel all day long: if a gecko dies in your kettle, it will ruin your day; the semblance of death on your mildewed walls or blemished skin will ruin your week; the law of cities of refuge means that accidental homicide ruins your life. These laws refuse to let you forget that one day death will end your life.

'In the midst of life, we are in death', is a lament, a complaint, a gut-wrenching appeal to eschatology. It is not business as usual. It certainly should not put a smile on our face.

There is a strange twist in the law about cities of refuge: once the High Priest dies, you are free to leave. It seems as arbitrary as the law itself: why should my freedom be contingent on an accident? Why should the death of someone unconnected to me secure my freedom again?

This is another nudge, which goes with other nudges. This death is not a mere swap, like Genesis 22: if one High Priest dies, then every person stuck in a city of refuge, a dozen or a million, all go free.

The cities of refuge teach us to think about representative death, the head standing for the whole body.

I protested about 'someone unconnected to me'; perhaps he is not! This is more than a substitutionary, but a representative death. The High Priest contains within himself the fate of the people whom he serves. This nudges us to expect a High Priest who will not just swap places with one of us, but whose work and death will be effective for all his people. We need to stop talking about the cross of Christ as though exchanging places with Barabbas was all there is to it. Illustrations from Captain Corelli, or A Tale of Two Cities prove the point that anyone can die in the place of one other person, and not necessarily legitimately. Christ died for all his people; in the Law, God trains our consciences to recognise the justice of it. The cities of refuge teach us to think about representative death, the head standing for the whole body.

Eternal life isn't a metaphor. Being saved from Hell, and being with Jesus instead, is so wonderful that it feels churlish to enquire further. Let’s not ask whether there is even more good news. Sure, but what will it be like to be with Jesus? Who is Jesus, what is he like, what will he do? Is 'eternal life' just a metaphor for not being punished?

Just as insistently as the Law nudges us to see that death is a problem, it nudges us to see why death is so incongruous in God’s creation: God is the source of life. He has life in himself. He loves to give life. God values human life so highly that when someone dies, even when there is no guilt, there are consequences. Hence the cities of refuge. They will not let us think that death is OK in any sense at all. If death sounds bearable, that is not because it is normal, but because it has been put on notice. Death has not been tamed, like some dog that no longer bites; no, it may have lost its sting, but it has to go. Wasps, viruses and laverbread might, perhaps, be redeemed on the last day and have some glorified eternity. There will be no redeemed version of death. You know that Christ has finished his work when death is no more, and not a day sooner.

Jesus really came to give us what Adam did not receive in the garden. Not just 'no more death', but constant fellowship with the source of all life.

Jesus really came to give us what Adam did not receive in the garden. Not just 'no more death', but constant fellowship with the source of all life. No unclean place outside the camp, because the whole earth will be the camp of Heaven, where God the giver of life dwells with us. There will not merely be no deaths; the very notion of death will be nonsense. The obituary columns will not be blank; they will be inconceivable.

This article is adapted from Steffen Jenkins' forthcoming Banner Mini-Guide to the Ceremonial Law. 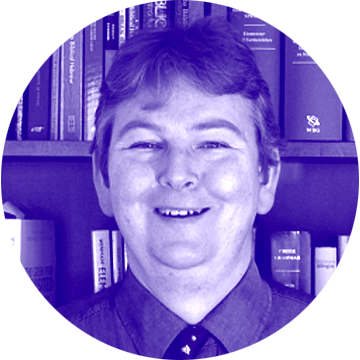 Steffen Jenkins is Lecturer in Greek and Biblical Studies at Union School of Theology. He was previously Tutor in Biblical Languages at Tyndale House, Cambridge, and Associate Minister of Chelmsford Presbyterian Church. Steffen is married to Sally-Ann, and together they have two sons, Ben and Daniel.